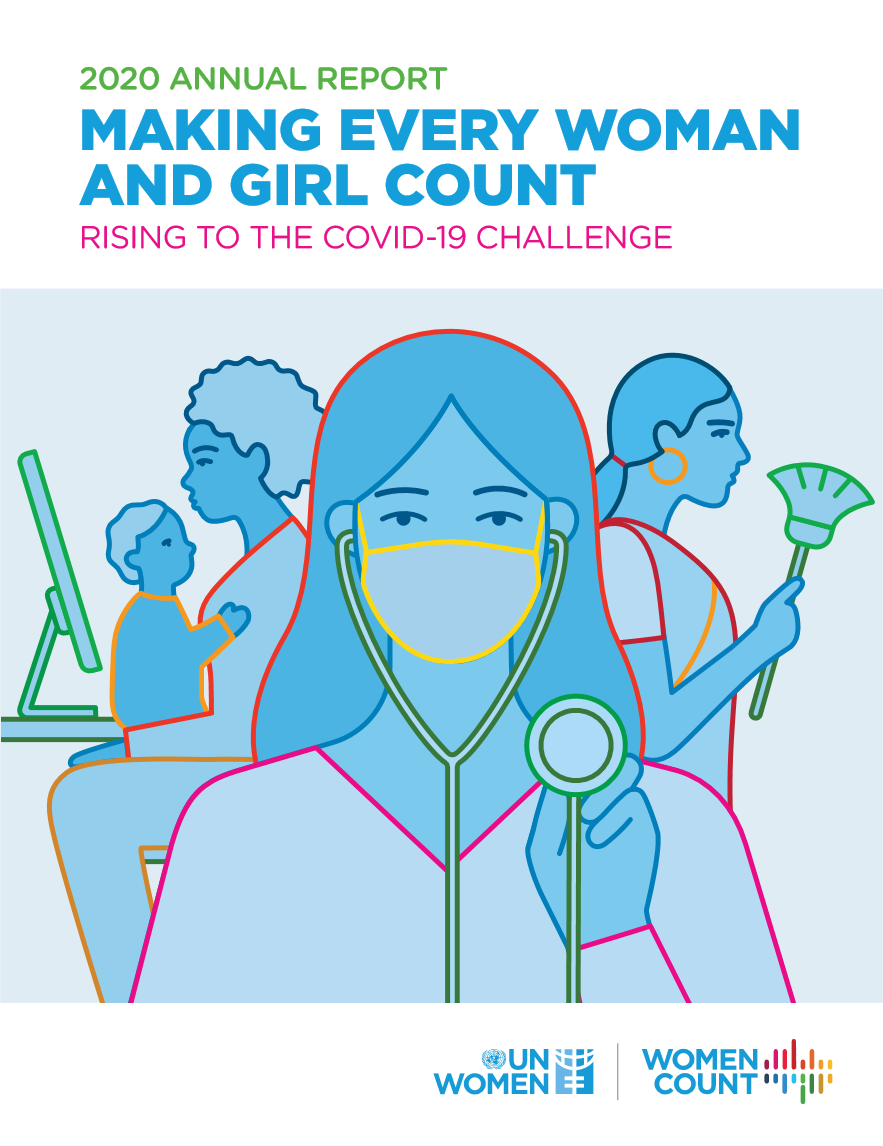 The COVID-19 pandemic has put into sharp relief the importance of data to inform policy and programme responses to ensure that they are gender responsive. UN Women rose to the challenge and supported countries to collect data on the impacts of the pandemic to help inform national recovery plans. And despite the challenges of the pandemic, regular data production and other core components of the programme, along with other core work of the programme, continued.

How have we risen to the COVID-19 challenge?

UN Women rolled out 52 Rapid Gender Assessment (RGA) surveys to capture the socioeconomic effects of the pandemic on women and girls. The surveys confirmed that women and men are experiencing the pandemic differently. The data have since been used to inform critical gender-responsive policies and recovery plans to build back better.

Countries where RGAs were conducted

Click on region in the map to see region highlights

Note: The designations employed and the presentation of material on this map do not imply the expression of any opinion whatsoever on the part of UN Women concerning the legal status of any country, territory, city or area or of its authorities, or concerning the delimitation of its frontiers or boundaries.

The labour market participation of partnered women with children was hit the hardest.

Unpaid care and domestic work intensified, women continue to do more, with women more likely to report increased time on at least one household chore, across 45 countries.

In 30 out of 35 countries, women were more likely than men to report psychological and mental health issues.

The regional report found that as a result of the lockdowns, 63% of women saw an increase in their time spent on unpaid domestic work, compared to 55% of men.

In the Maldives, nearly 7,500 women informal workers are now included in the Government’s Income Support Allowance programme, mental health services are being improved, and two government campaigns – to prevent domestic violence and change attitudes regarding housework and gender roles – have been introduced. In Indonesia, RGA results were used by the Ministry of Women to influence the work of the national COVID-19 taskforce and to request additional funds to support women.

UN Women rolled out RGAs in 11 countries, including in partnership with NSOs in Cambodia, Indonesia, Maldives and the Philippines and with Ministries of Women in Nepal, Pakistan, Samoa and Solomon Islands. Partnerships with mobile phone providers helped drive the success of these RGAs in several countries.

In East and Southern Africa, 15.3% of women (compared to 9.3% of men) left the workforce because of the pandemic, according to the regional report.

The RGA results in Senegal informed the Ministry of Women, Family, Gender and Child Protection’s Resilience-Building Programme for Households and Vulnerable Groups (PAREM), which has since received CFA 900 million (USD 1.7 million) in funding from the Italian Agency for Development Cooperation. In Rwanda, after the RGA revealed that more women than men have ceased economic activities, the Government expanded an Economic Recovery Fund to cover Small and Medium Entreprises, where women are concentrated.

Thirteen RGAs have been conducted in partnership with NSOs in Cameroon, Guinea, Kenya, Mali, Senegal and Uganda; with Ministries of Women in Central African Republic, Ethiopia, Guinea, Malawi, Rwanda and Senegal; and with UN agencies (ILO, OHCHR, UNDP and UNICEF).

In Jordan, the results show that 62% of already vulnerable women, including Syrian refugees, indicated feeling at increased risk of physical or psychological violence as a result of the pandemic.

RGA data fed into an addendum to the 2020 National Strategy on Women in Jordan and efforts to align it with the Government’s Executive Programme for 2021–2024. Assessments on refugee women and violence against women have also shifted UN Women Jordan’s COVID-19 emergency responses to be more inclusive, in terms of targeting cash assistance, providing support to online learning for children, as well as providing remote gender-based violence services and support.

The regional report revealed that in 7 out of 10 countries/territories, women reported greater difficulties paying for basic expenses, such as food, than men.

The findings of the regional report were used by the OECD to develop a data-based gender gap analysis in Eurasia. In Albania, the RGA findings have helped expand farm subsidies and adjust support packages for small businesses to better reach women, while increasing gender-responsive budgeting and contributing to a new UN Women programme for rural women. RGA data was also used by at least two countries (Georgia, Ukraine) to mobilize additional resources to mainstream gender into recovery programmes and policies.

UN Women, in coordination with UNDP, UNFPA and UN Resident Coordinators, conducted RGAs in 16 countries/territories across the region.

Americas and the Caribbean

In Colombia according to the regional report, most people surveyed reported seeing decreased income amid the pandemic, and women fared worse than men (76 versus 72%, respectively).

In Colombia, the findings contributed to the extension of existing social welfare programmes – such as the Formal Employment Support Programme, which offers differential subsidies (50% for women versus 40% for men) – and the Public Employment Service. In Chile, the RGA contributed to the creation of a subsidy to support working caregivers and a new programme to support women entrepreneurs and boost women’s digital skills, while influencing a new national policy on science and technology with a gender perspective.

Three RGAs have been conducted in Chile, Colombia and Mexico, all in collaboration with national women’s machineries.

What progress has been made on gender data?

Some progress has been made since 2017, yet COVID-19 threatens to widen existing gender data gaps:

of gender-responsive SDG indicators can be reliably monitored at the global level(up from 33% from 2019).
All 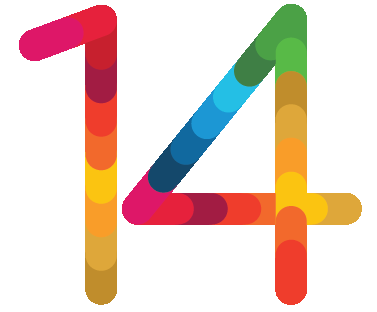 indicators in Goal 5 can now be measured.

of the data needed to measure violence against women are available (up from 45% in 2019).

of the data needed to measure women’s unpaid care work are currently available (up from 31% in 2019).

of social protection and labour market measures taken in response to COVID-19 are gender-sensitive. 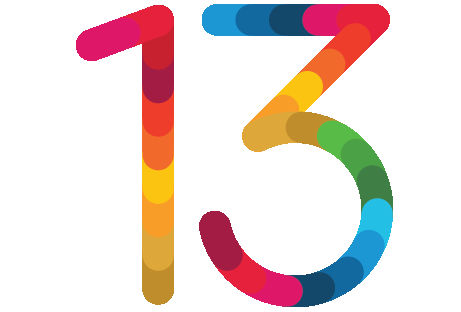 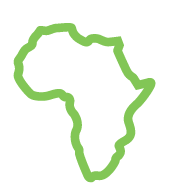 A MINIMUM SET OF GENDER INDICATORS IN AFRICA was adopted by the Statistical Commission for Africa.

Data is now available to inform a gender-responsive COVID-19 response, and new data collection and analysis is filling critical gender data gaps to monitor the SDGs and influence national policies. 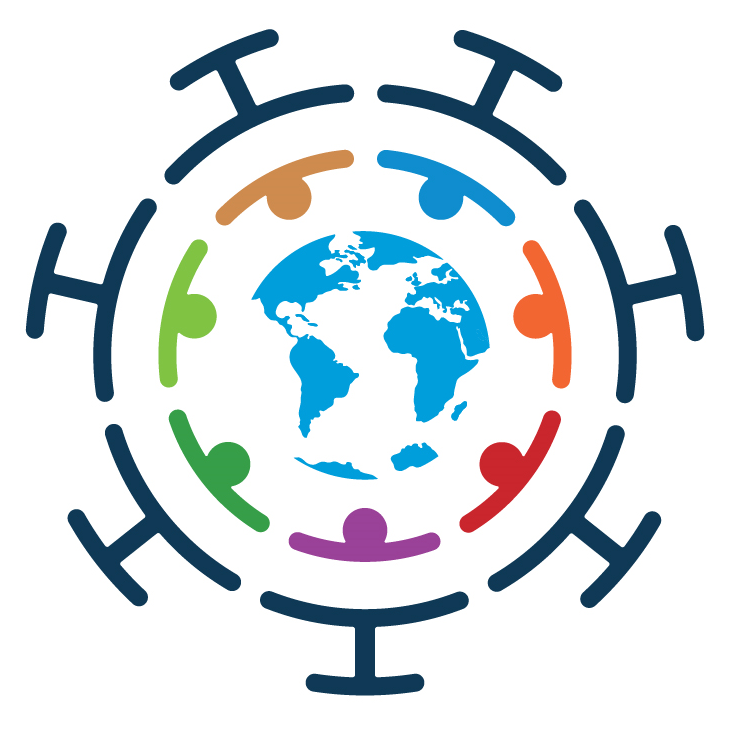 The COVID-19 AND GENDER MONITOR compiles indicators across the UN system to inform gender-sensitive policy responses to the pandemic, and the dedicated COVID-19 page offers tools and resources. 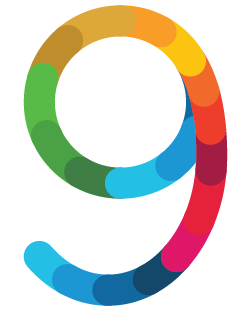 COUNTRIES were supported to reprocess existing data to report on the SDGs and national gender equality priorities. 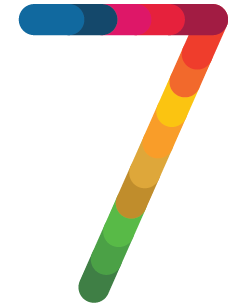 COUNTRIES IN EUROPE AND CENTRAL ASIA have produced and published data on at least 50% of gender-related indicators – more than any other region.

THE ASIA & PACIFIC GENDER STATISTICS TRAINING CURRICULUM is now offered in a virtual format and 11 universities and statistical training institutes across the region are currently using it to inform related course work.

PARIS 21 and UN Women launched a new VIRTUAL COURSE ON COMMUNICATING GENDER STATISTICS for journalists and national statisticians, with over 1,000 registered participants.

DATA USERS strengthened their technical skills through training and capacity-building

Programme implementation across Women Count countries accelerated in 2020 and 89% of all targets were achieved or are on track to be achieved, with 93% of all Outcomes and 87% of all Outputs met (see Annex XVI).

While the first phase of Women Count is winding down in 2021, planning for the next phase is continuing. A series of consultations were held to identify key lessons learned and identify future priorities on gender data that would inform Phase II of the programme.

Gender data will also be central to delivering on UN Women’s 2022-2025 Strategic Plan, which presents an opportunity to build on the results achieved through Women Count and to scale up work on gender statistics to help position UN Women as a knowledge hub on gender equality and women’s empowerment. In addition to supporting Member States, over the next four years UN Women will lead efforts to mainstream gender perspectives in data production, availability and use across the UN system, and strengthen partnerships with research organizations, CSOs and the private sector.

The stories below are based on case studies of some of the most promising programme results, to distill critical lessons learned that can be applied, disseminated, and replicated. 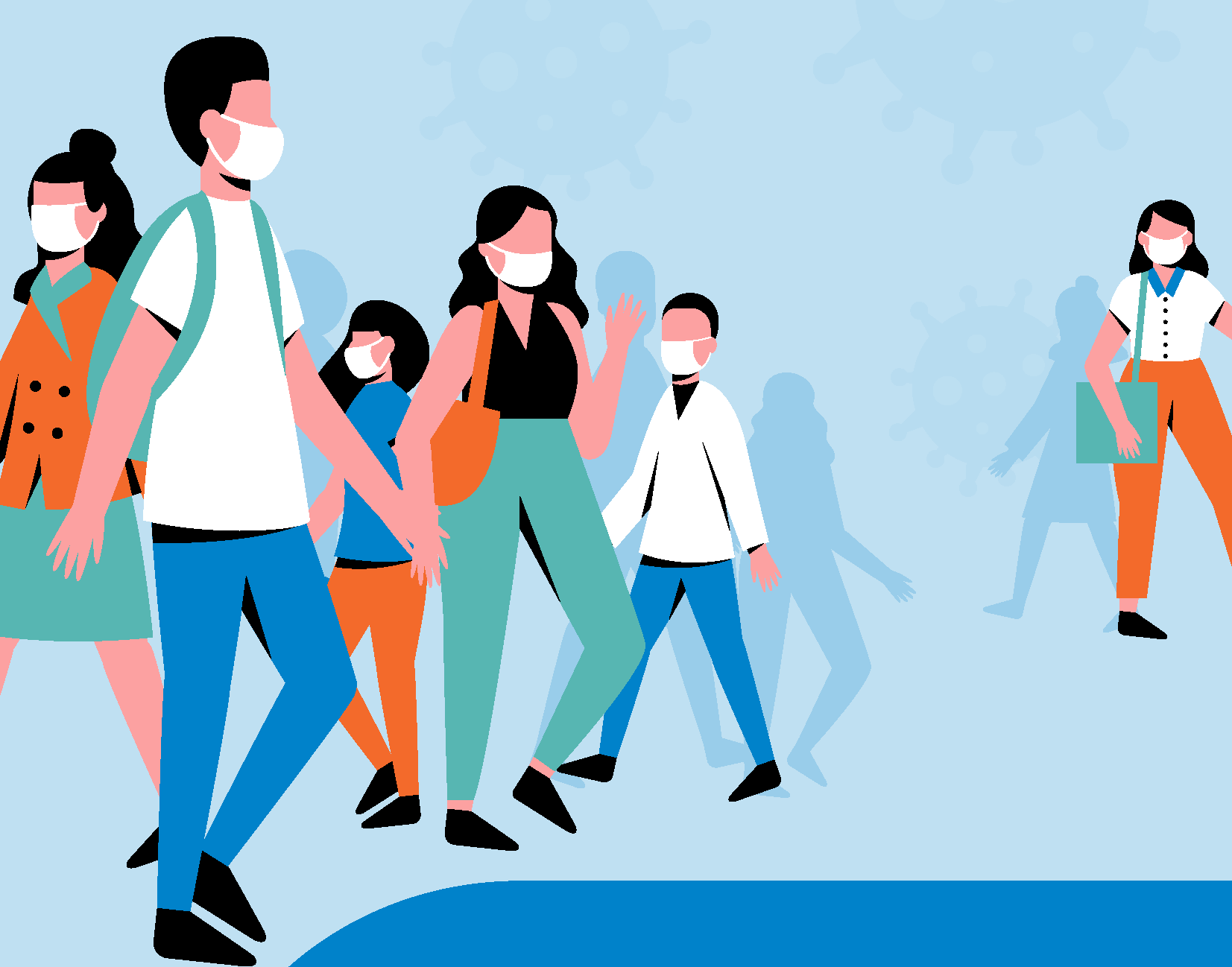 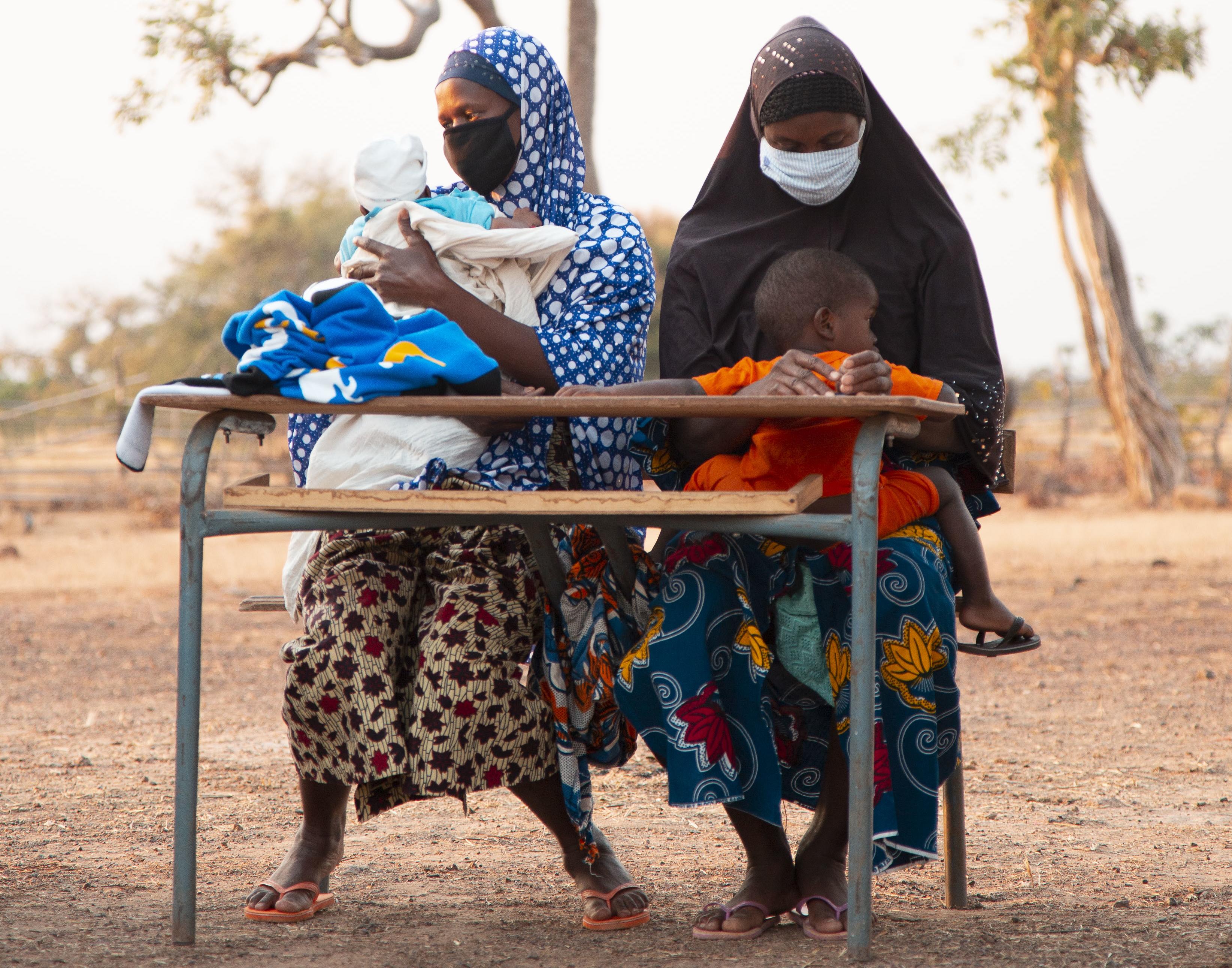 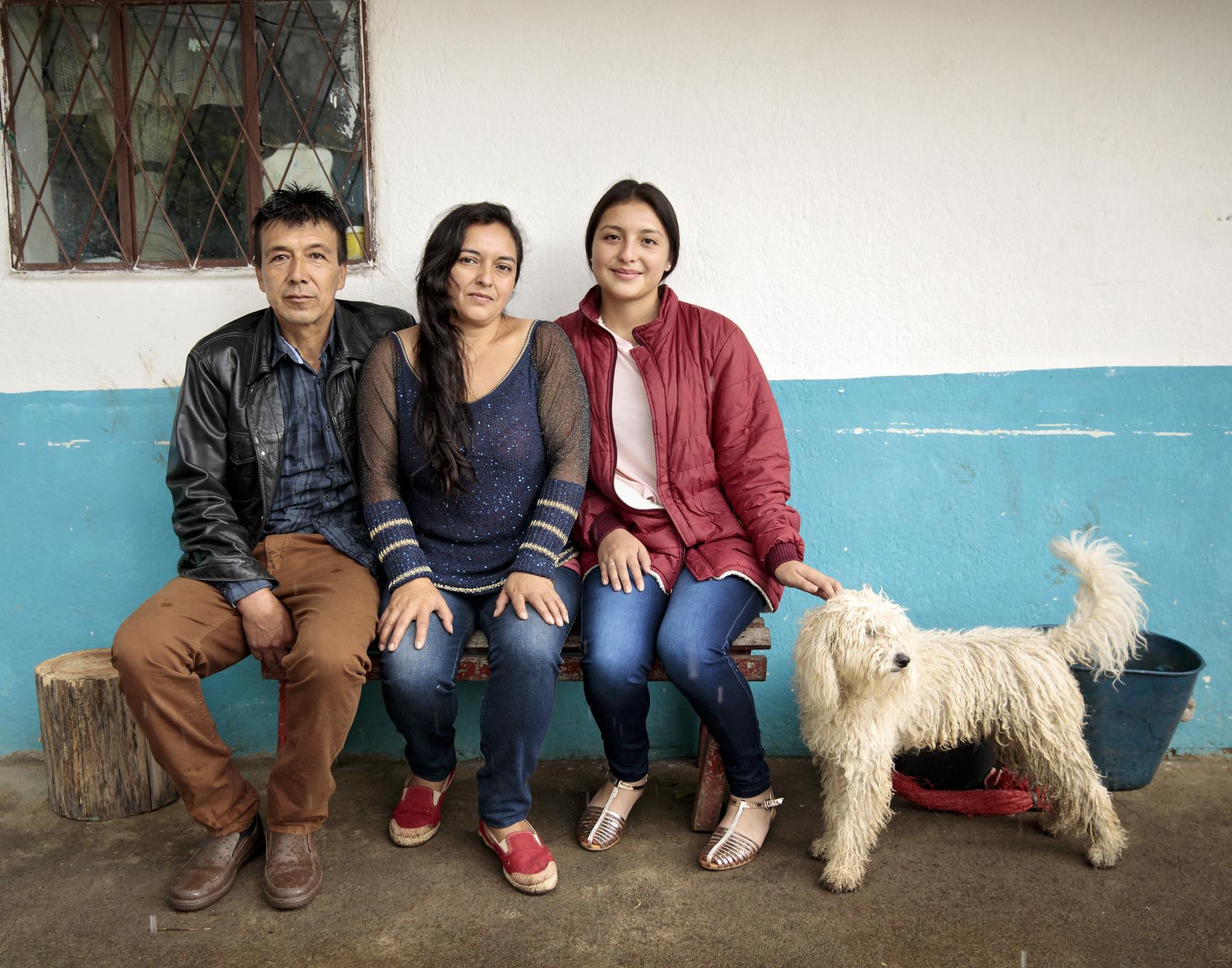