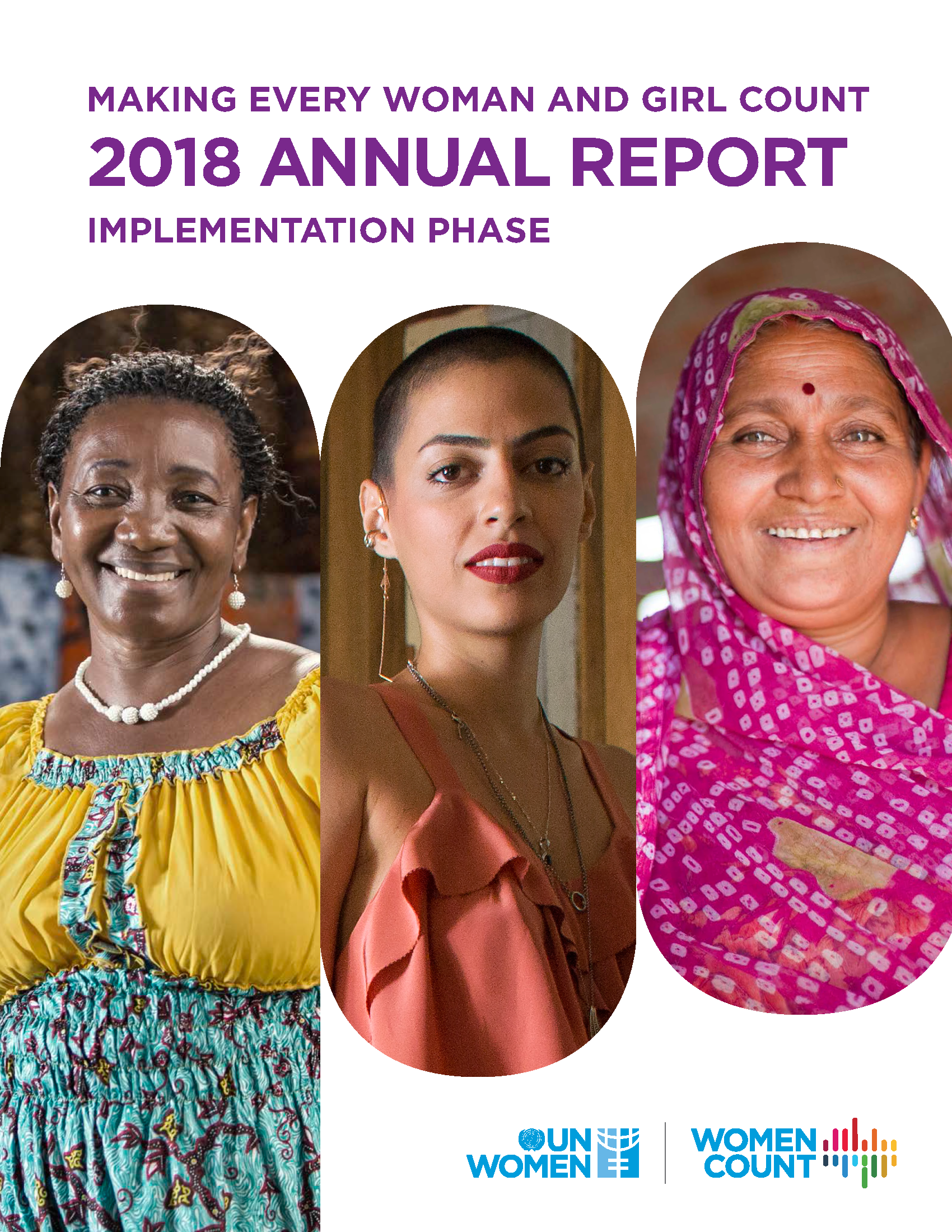 This third edition of the Women Count Annual Report provides an overview of key achievements in 2018. it presents an update on resource mobilization, stakeholder engagement and advocacy-related activities and an analysis of lessons learned from the past two years of implementing the programme, as well as plans for 2019.  Some new features include: an indicator dashboard showcasing results achieved per project; and narrative summaries of progress achieved by each project at the global, regional and country levels.

At the country level:

The technical capacities of 554 data producers and 210 data users were strengthened through training and capacity building activities.

At the regional level:

Three non-pathfinder countries (Cambodia, Ethiopia and Georgia) were supported to conduct national assessments and their capacities to produce and disseminate new gender data were strengthened. An additional five countries (Egypt, Malawi, Mozambique, Rwanda and Zimbabwe) were supported to establish strong partnerships with NSOs, and will begin implementing activities in 2019.

Partnerships were formalized with UN Regional Commissions in Africa (UNECA), Asia and the Pacific (UNESCAP) and in Europe and Central Asia (UNECE) to support implementation of Women Count projects in their respective regions.

At the global level:

Methodological work was completed for Tier III indicators. SDG indicator 5.1.1 (on legal frameworks to advance gender equality) was approved for reclassification as Tier II. Data for indicators 5.1.1, 5.5.1b and 5.c.1 (all previously Tier III) were collected and will be reported for the first time in 2019, as part of the annual UN Secretary-General’s SDGs report.

Increased data on women’s economic empowerment was generated as a result of collaborating with the World Bank on gender and poverty data and the International Labour Organisation (ILO) on new data on women’s labour force participation by martial status.

UN Women and the Government of Mexico, through the National Institute of Statistics and Geography (INEGI) launched the Global Centre of Excellence on Gender Statistics (CEGS). The launch was followed by the first ever Global Conference on the Measurement of Gender Equality and Unpaid Care and Domestic Work.