Skip to main content
Back to Stories
Research highlight | Gender data gaps
What progress has been made on achieving gender equality?
New York 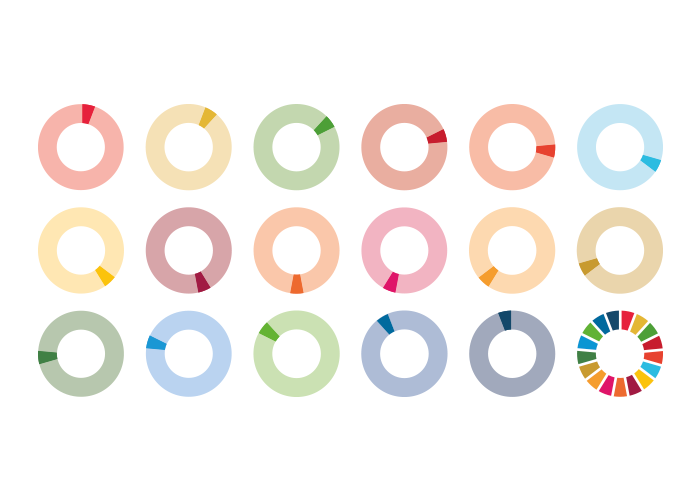 Highlights from Progress on the Sustainable Development Goals: The Gender Snapshot 2019

Data presented in The Gender Snapshot 2019 shows that despite some progress, countries across the globe are struggling to achieve gender equality by 2030. The latest available evidence points to some gains – such as the significant decline in the prevalence of FGM and early marriage – but the numbers continue to be alarming and can seem almost insurmountable. In other areas, there has been insufficient progress– including on legal discrimination and social norms and attitudes that perpetuate violence against women and girls. Recent data from 106 countries show that a shocking 18 per cent of women and girls aged 15 to 49 who have ever been married or in a union have experienced physical and/or sexual partner violence in the previous 12 months. And in at least 45 countries, no laws exist to specifically protect women from domestic violence.

The data also show that across key dimensions of well-being, women fare worse than men. Women and girls around the world are 4 per cent more likely than men and boys to live in extreme poverty and the risk rises to 25 per cent for women aged 25 to 34 – a time in a woman’s life when she is most likely to be caring for herself and young dependent children. Women are also at a higher risk of experiencing food insecurity than men.

Importantly, what the data make clear is that an analysis on leaving no one behind is inherently an analysis of women and girls from poor, rural and marginalized groups. Illiteracy rates, as an example, are highest among women and girls in the poorest households. In other areas as well, such as access to skilled birth attendance during childbirth, women from the poorest rural households face the biggest challenges.

To leave no one behind, we must focus on women and girls from poor, rural and marginalized groups

The “leave no one behind” approach aims to identify not only who is being excluded from existing development strategies, but also the dimensions in which those individuals experience marginalization and exclusion. Differences related to income, location and ethnicity, for instance, combine to create deep pockets of deprivation across a range of the SDGs – from access to education and health care to clean water and decent work. For a time-bound agenda, tracking progress over time is key. The latest available data from the Gender Snapshot point to gaping inequalities across countries, with women and girls from poor, rural and marginalized groups facing the greatest levels of disadvantage.

From a policy perspective, it is vital that strategies to leave no one behind, including those related to measurement, avoid further social fragmentation, stigmatization and/or other forms of harm or abuse of vulnerable groups. What we need are inclusive development strategies that increase access for historically excluded groups while building universal systems that create a sense of solidarity – through risk-sharing, redistribution and universal service provision. Now wouldn’t that be progress?

Ginette Azcona is a Research and Data Policy Specialist at UN Women, since 2010. She manages the data and statistics for UN Women’s flagship reports, Before this, she was part of the research and writing team for UNDP’s Human Development Report Office. She has authored numerous publications on human development, human rights, social justice and gender and development data.

Previous StorySDGs under review in 2019: What progress for women?Next StoryHidden Figures: Using gender data for change