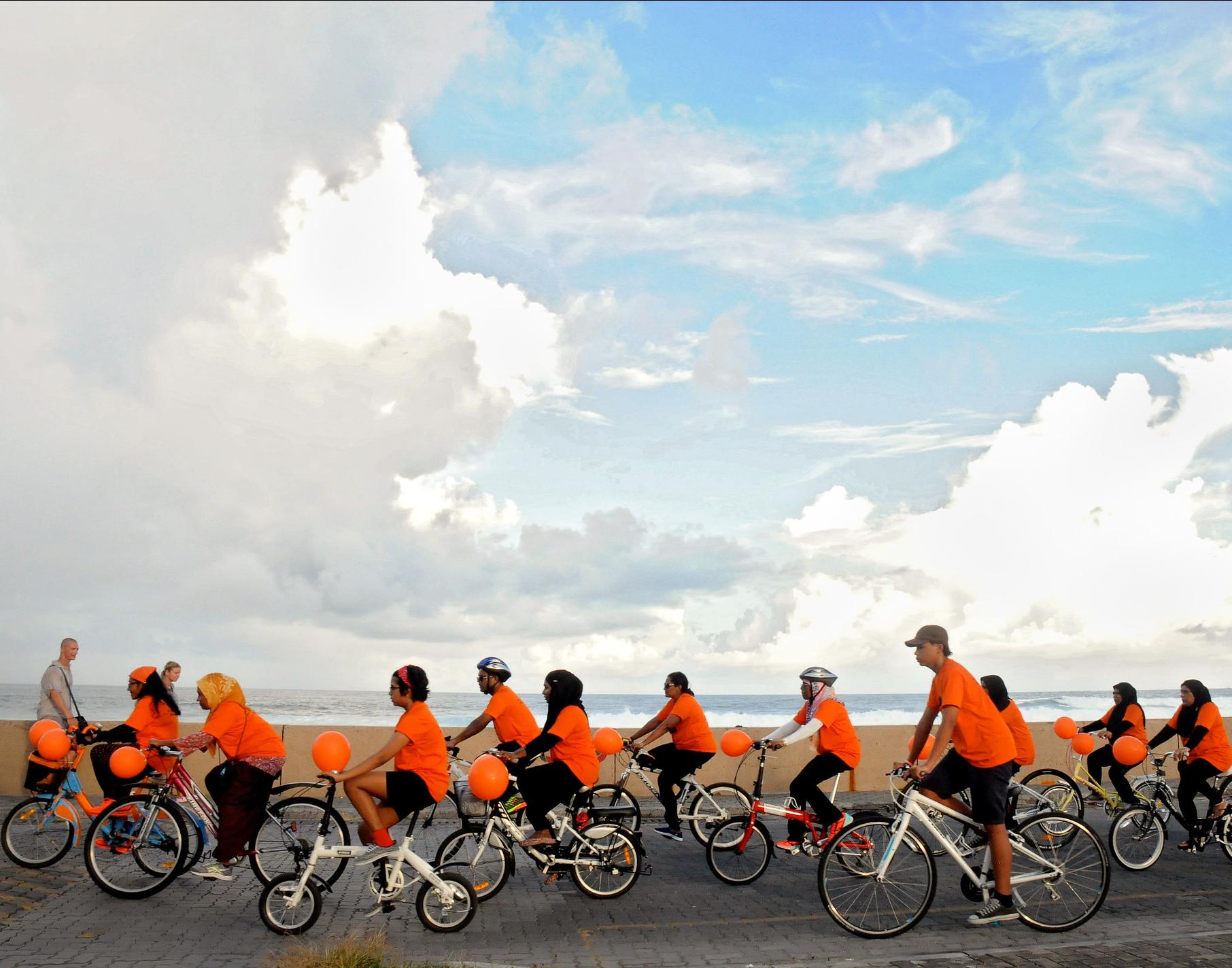 In the Maldives, nearly 7,500 previously excluded women informal workers have been included in an Income Support Allowance programme, mental health services are being improved, and two government campaigns have all been influenced by data collected on the gendered impacts of the pandemic.

The fact that the RGA was done so early on – a week after the lockdown – was key, explains Fatimath Riyaza, Deputy Statistician in the Demography and Social Statistics Division at the MNBS. “It was the first [COVID-related] survey we did in the country so many stakeholders made use of the findings.”

“The Minister has reinforced the use of data for implementing programmes, especially under the social programmes mandate,” adds Fathimath Yumna, Deputy Minister for the Ministry of Gender, Family and Social Services (MoGFSS), but “it’s not just [our] Ministry that is using this data, because the economic aspect is there, the social aspect is there.”

The MNBS highlighted RGA findings such as that 26% of women informal workers reported losing their jobs and 54% of such women (versus 40% of men) cited reduced income.

Riyaza says this information was used, together with data from Jobcenter.mv, to launch the Income Support Allowance programme and ensure that the Government’s response reached the self-employed and the informal sector, where women are concentrated.

But shortly after the programme began in May 2020, Yumna says they noticed that the number of women actually receiving support was lower than men. Many women informal workers did not qualify because they were not previously registered as being employed. So, the Ministry presented the RGA findings to other government agencies and partners.

“What was reflected in this RGA [was] discussed in stakeholder meetings, as well as how we [could] increase women’s income support and train them to obtain documentation,” says Yumna. “We wanted to make sure that they were eligible.”

A few weeks later, the Ministry of Economic Development (MED) reduced the documentation required to qualify for the programme, making it easier for women informal workers to apply.

According to a UNDP assessment, 22% of the approved applications in the first three months of the income support programme were from women. MED data as of March 2021 reveal significant improvement, with women now representing 36% of successful applicants.

Yumna adds that RGA data were equally used in both of the Government’s applications to the World Bank for income support funding – which were approved for USD 12.8 million in June and USD 21.6 million in January 2021 – making it an important tool for mobilizing assistance.

The RGA also found that single mothers were particularly burdened by unpaid domestic work. Moreover, women who needed help the most received it the least, such as women of reproductive age living in households with children, and older women without children.

The UN Maldives cited the RGA’s findings on unpaid care in the country’s socioeconomic response plan published in August, which forms the basis of integrated policy responses to COVID-19 and is used for designing mitigation strategies.

The MNBS also used various RGA findings for public information products, including a series of infographics and a video for World Population Day on 11 July. Findings on unpaid care responsibilities were also used in a panel discussion with MoGFSS and the Ministry of Planning, Housing and Infrastructure. The panel equally touched on the importance of continuing to produce gender data to inform policy responses, including for COVID-19. Since the Maldives did not previously have official statistics on unpaid care and domestic work, the RGA findings further reinforced the need to explore collecting this data in the future.

Riyaza says the data were also cited in many articles in local media as well as in the President’s statement, which noted that the effects of national temporary restrictive measures were more severe on women, including on their mental health.

The RGA found that women’s mental health had been more affected than men’s (68 versus 56%, respectively), noting that “increased economic strains and gender-based violence are expected to be contributing to these outcomes, along with the burden of unpaid care work.”

These were key takeaways for Aminath Shirani Naeem, Deputy Director General for the Family & Community Development and Social Services Divisions within MoGFSS, especially as Ministry data later revealed a surge in domestic violence cases reported after the lockdown.

“This shaped our interest in attending to mental health and also domestic violence,” says Naeem, adding that they are in discussions with the Centre for Mental Health to begin training Ministry staff to serve patients with mental health issues and MoGFSS plans to sign an MoU to improve service-delivery by referring clients who need counselling to the Hope for Women NGO. The Maldives Red Crescent even used the findings to establish a mental health helpline.

Naeem says the RGA data on the domestic care burden, complemented by a later study on domestic violence, by MoGFSS and the United Nations Population Fund (UNFPA), have underlined the need for social norm change and helped shape the Government’s campaign on breaking the silence around domestic violence.