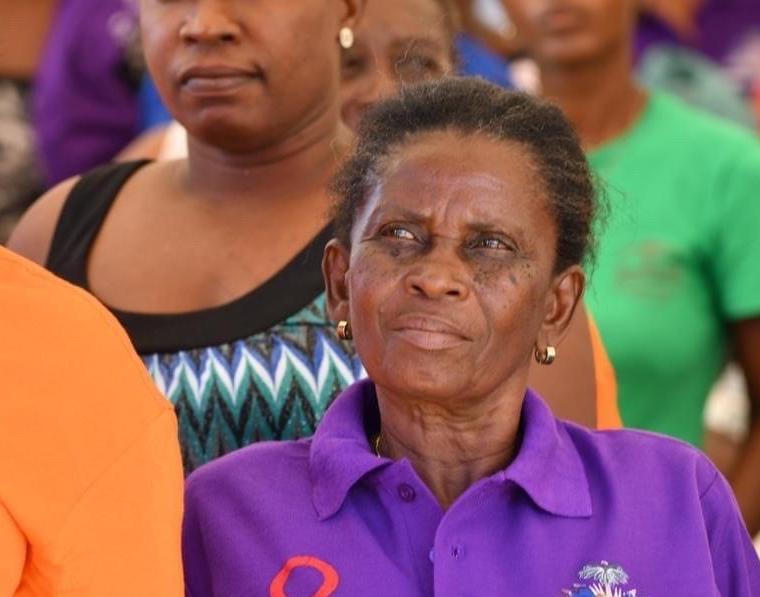 When crises hit, the impacts on women and girls are often invisible, or ignored, but two rapid gender assessments (RGAs) in Haiti are bucking that trend to inform humanitarian responses.

Haiti was already mired in multiple crises when a strong, shallow earthquake rocked the southwestern part of the country on 14 August 2021, toppling buildings, damaging roads and infrastructure, and forcing thousands to flee their homes in fear that they might collapse. Although exacting a lower death toll than the 2010 earthquake, it was the timing of this 7.2-magnitude quake that made it so devastating.

A UN Situation Report notes that even before the assassination of President Jovenel Moïse in July, the politically unstable country was in turmoil and intensifying gang violence had caused 13,600 people to flee their homes. With major hurricanes and tropical storms looming, the country was simultaneously confronting the COVID-19 pandemic. In this country, considered one of the most unequal in the world, around 60% of the population was living in poverty in 2020; 4.4 million Haitians were already facing food insecurity; 2.95 million people were already in need of emergency health care; and a mere 1% of the population had been vaccinated against COVID-19.

But how women and girls were experiencing multi-crises seemed to have been given little thought, despite the fact that humanitarian crises are known to affect women and girls differently and disproportionately. They can spike rates of gender-based and sexual violence, increase the burden of care and unpaid labour, cause disproportionate losses of economic and educational opportunities, and result in unequal access to humanitarian assistance, information and resources.

With the 2021 earthquake, UN Women and CARE, in collaboration with the Ministry for the Status of Women and Women’s Rights and the General Directorate of Civil Protection, conducted a Rapid Gender Analysis to evaluate the impacts of the earthquake, including on those facing the most vulnerabilities. The main objective was to inform a gender-sensitive humanitarian response in Haiti in the short term, as well as medium and long-term recovery.

“We need to make sure that the rights of women and girls are taken into consideration at all levels of the response and guarantee their participation and leadership in the recovery strategy,” said Maria Noel Vaeza, UN Women’s Regional Director for the Americas and the Caribbean. “To do so, we rely on data, which allows us to target and prioritize the needs of those in the most vulnerable situations.”

The RGA reveals that many of the earthquake’s impacts have been more pronounced for women. For example, 54% of women versus 46% of men have had difficulty accessing health services. Women’s health was specifically cited by surveyed service-providers, many of whom indicated that infection, chronic and acute diseases were exacerbated by shock and stress caused by the earthquake. The assessment also revealed that 18% of women compared to 12% of men are homeless, with 83% of respondents perceiving this as a factor for insecurity and increased risk of violence, especially for women and girls, as they are disproportionately exposed to sexual and gender-based violence.

Before the earthquake, 46% of Haiti’s population had unmet food needs, but the situation is now worse, particularly for women and children, the elderly, the sick, those living with disabilities, as well as marginalized LGBTQI+ groups. According to the RGA, these groups have been doubly affected because many need specific nutritional support, and they face sociocultural barriers that make it harder to access the little food being distributed.

Lack of potable water was another critical impact on women, as 60% of communities in the three most affected south-western departments were left without access. Surveyed women were more likely than men to note the lack of tap water (27 against 21%, respectively).

Currently, 45% of households in Haiti are female-headed. However, although 79% of respondents perceived that woman are participating in the humanitarian response, their influence in decision-making is limited compared to men (22% vs. 52%). This shows how despite women’s demonstrated resilience and capacity to deal with crises and support their families, they remain largely excluded from decision-making, which is both unacceptable and counter-productive to Haiti’s recovery efforts.

Dede Ekoue, UN Women Representative in Haiti, observes that “for inclusive and effective humanitarian assistance and recovery, funding should go to women’s organizations to help them provide better services and support women and girls, especially those who have been left behind. This is essential to promote women’s and girls’ influence in decision-making.”

The RGA underscores that Haiti needs to involve women’s organizations in all phases of planning and response. This will facilitate access to women and those most vulnerable at the local level, and consider the specific needs of women and vulnerable groups in socioeconomic recovery programmes.

The latest data on women, peace and security is now available.

Germán Vega Cortés is a Policy Specialist on Protection in conflict and crisis settings at UN Women HQ since March 2020. He has been a Gender Affairs and Child Protection Officer with the UN Stabilization Mission in the DR Congo, coordinated family reunification projects in refugee camps in Kenya and Uganda, worked on gender-based violence at UNHCR in Geneva, and on asylum issues with Amnesty International in Australia.

Previous StoryIn the Maldives, survey findings influence the COVID-19 responseNext StoryPoverty deepens for women and girls, according to latest projections