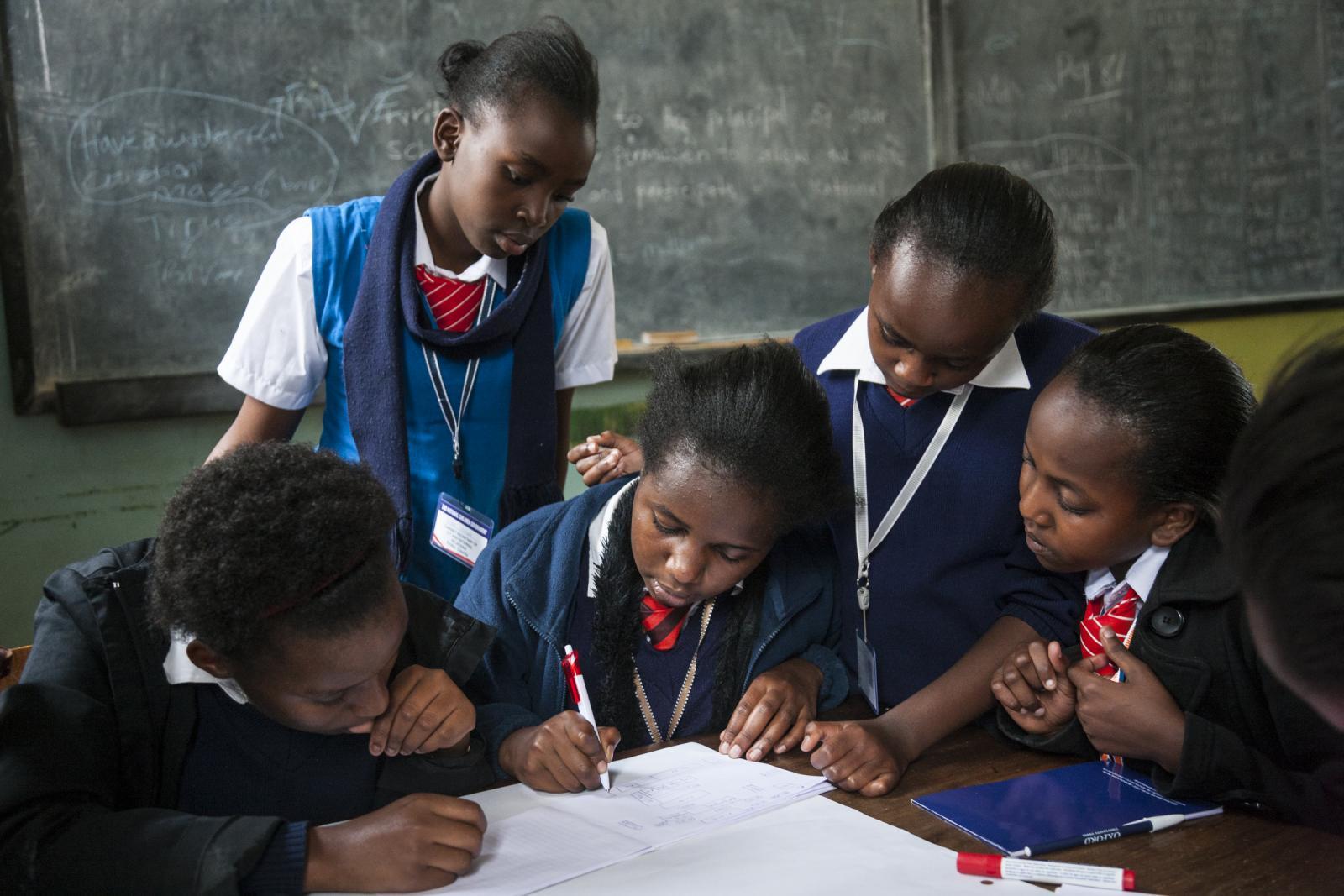 After Shadrack Mutuku Musyoka began working as the Deputy Director in charge of culture, gender and social services at the Kitui County Ministry of Tourism, Sports and Culture in 2014, he wanted to see how his county was doing on the enrolment of both boys and girls in the early years of education. But he was dismayed to find only a single enrolment figure, with no breakdown by sex. He was similarly frustrated to find that hospital attendance data did not distinguish between visits from women and men.

“Most of the time when you are making decisions on service-delivery you need statistics that speak to both men and women, so that you know whether the services are skewed,” explains Mutuku Musyoka. “The counties should have the policy and tools in place that ensure that disaggregation is done.”

To boost data production in Kenya, UN Women began providing technical assistance to the Council of Governors in 2016, to conduct a rapid assessment of the level of commitment of 10 county governments to gender mainstreaming. In 2017, UN Women also supported training for statisticians from seven counties on SDG gender indicators and tools to use in collecting data.

Enter UN Women’s Women Count project in Kenya, which began in 2018. It takes a three-pronged approach to improving gender statistics, by: creating an enabling environment, increasing data production, and improving data accessibility and use. An assessment conducted in early 2018 found several challenges, such as the inability of county governments to collect, collate and manage the data they need. This is often due to inadequate funding, limited technical capacity or weak coordination in the Kenyan statistical system.

“One of the things that (the gender statistics programme) did which is very significant is that it woke us up to the reality that there is so much data that we have not been collecting, like the Early Childhood Development data,” says Mutuku Musyoka, whose county is a member of the Council of Governors. “Secondly, it has helped us to see comparatively between us and other counties the level of marginalization of women. It is so glaring now, after we did those statistics... It became easy to identify which parameters to follow through so that we are able to say that we are making progress.”

In 2019, UN Women in collaboration with Kenya’s Council of Governors launched County Gender  Data Sheets for 10 select counties, in partnership with the Kenya National Bureau of Statistics (KNBS). They are now providing a baseline for gender data and information to be used in tracking progress on gender equality and women’s empowerment.

“Our ability to measure what we do and what milestones we are gaining in our development as governments is purely based on data that is appropriately disaggregated,” said the CEO of the Council of Governors, Jaqueline Mogeni, at the launch of the County Gender Data Sheets in August 2019.

Rosemary Kong'ani, the statistician in charge of the Gender Statistics Section at KNBS, goes even further, indicating that as a result of UN Women training, data producers are now better versed on gender-related issues and concepts, and the improved data “will inform policy formulation and decision-making at all levels, as evidence-based.”

Mutuku Musyoka points out that in Kitui, three concrete legislations have been triggered by the data provided in the County Data Sheets, specifically: i) a County Gender Policy, which is currently being developed; ii) an Empowerment Bill, which will allow the county to deliberately target women in income-generating activities; and iii) a Mainstreaming Bill, which will ensure that all action by the county takes gender into consideration, including in the allocation of resources.

He adds that the data sheets came out as his county was working on its 2020-2021 budget, “making it easier for us to quote statistics that justify why you want funds allocated to, for instance, women’s economic empowerment.”

Mutuku Musyoka hopes that the county data sheets will become a regular product, so that decisions will not be made based on abstract issues. He said that “at times, we feel that women are marginalized, but we do not have the data that speaks to that, so when it comes to planning, you are just making it based on assumption. If this is institutionalized, and we know that every year, we will be looking at our data … that can be measured directly.”

Maureen Gitonga, Gender Statistics Programme Specialist for UN Women Kenya, says the county data sheets are a “good example of how coordination of national and county government players facilitates an enabling environment for strengthening the capacity of the National Statistical System to produce gender-related indicators that address national data gaps.”

Across all counties, the data sheets are also expected to inform gender mainstreaming strategies during the mid-term review of the County Integrated Development Plans 2018-2022.

Previous StoryUse data to take the guesswork out of policymakingNext StoryWhere do we stand on the Women, Peace and Security agenda?