Skip to main content
Back to Stories
Research highlight | Peace and security
Where do we stand on the Women, Peace and Security agenda?
Photo: First Day of Voting in Southern Sudan Referendum. Credit: UN Photo/Tim McKulka 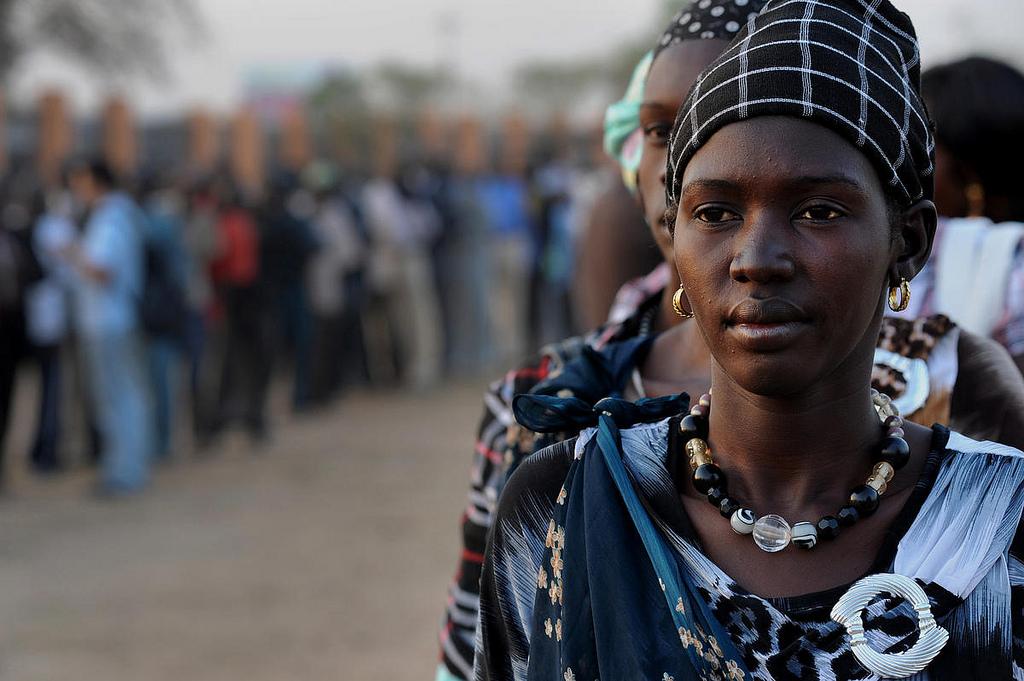 In the first decade after the adoption of UN Security Council resolution (UNSCR) 1325 on women, peace and security in 2000, few tools and data were available to systematically track progress. Evidence to inform policymaking and programming was limited, good practice was not regularly recorded and mechanisms for holding stakeholders to account were largely undeveloped. In 2010, the tenth anniversary of resolution 1325 culminated in a global call for enhanced accountability, improved monitoring of progress and stronger action.

To reduce gaps in knowledge and accountability, the Secretary-General’s Seven-Point Action Plan on gender-responsive peacebuilding, a set of indicators to track 1325 implementation, and the UN’s strategic results framework on women, peace and security were developed. Since then, data and analysis have been reported in the Secretary-General’s annual reports on women, peace and security to the Security Council, evidence and academic research have expanded, and related data initiatives are emerging (e.g. Women, Peace, and Security Index, PA-X Gender Peace Agreement Database, and Women’s Roles in Peace Processes).

As of October 2019, a dashboard on women, peace and security has been created within the Women Count Data Hub, to highlight the role of data in increasing our understanding on how women are impacted by conflicts. According to the 2015 global study, data – especially when disaggregated by sex, age, location and other variables – can inform targeted programming, trigger public action and be important drivers for social change.

The dashboard provides at-a-glance views of the UN system’s and Member States’ commitment to women, peace and security and progress on implementation. It includes indicators covering four pillars – conflict prevention, participation, protection, as well as relief and recovery. The data is compiled against the set of indicators contained in the report of the Secretary General (S/2010/498) for use as an initial framework to track implementation of Security Council resolution 1325 (2000). Data is provided either directly by different United Nations entities and field missions or retrieved from internationally recognized data sources.

Such data will help assess progress on the implementation of the women, peace and security agenda and inspire action where there are gaps, stagnation or regression. For example, the representation of women among military troops and personnel in UN peacekeeping missions remains low, at 4.2 per cent, while women police have increased to 12.8 per cent.

The dashboard also shows the number of countries or territories that have adopted national action plans (NAPs) on women, peace and security, which has increased to 81 as of August 2019 – a 53 per cent jump since 2015. However, only 65 (80 per cent) of all NAPs have a monitoring framework with indicators and only 18 plans (22 per cent) included a budget at adoption.

Given the challenges in collecting data in conflict and crisis settings, there are many areas where data need to be collected, updated or disaggregated, and robust indicators on emerging thematic areas are needed. In 2018, the UN Secretary-General encouraged UN Women “to begin a consultative process on improving collection of data and measurements to monitor trends and progress globally”, adding that those efforts “should consider new data initiatives specific to women and peace and security efforts to populate and disaggregate data across the Sustainable Development Goal indicators”.

In response to this call, UN Women has formed a dedicated, time-bound task force under the UN Standing Committee on Women, Peace and Security to refine and strengthen monitoring and accountability frameworks for tracking progress ahead of the twentieth anniversary of the women, peace and security agenda in 2020. UN Women is also encouraging new partnerships and collaboration among data producers.

With the joint efforts of the UN system, Member States and other actors to improve indicator methodology and data collection, the women, peace and security dashboard will be further enhanced with additional indicators and data points, as well as data stories and advocacy tools such as infographics.

Katarina Salmela is a Policy Specialist in the Peace and Security Section of UN Women where she has been leading work on reporting and analysis since 2011 contributing to normative development and tracking or progress on the implementation of the women, peace and security agenda.

Chiao-Ling Chien is a Statistics and Monitoring Specialist in the Peace and Security Section of UN Women.