Skip to main content
Back to Stories
Research highlight
25 years after Beijing, feminists are impatient for change 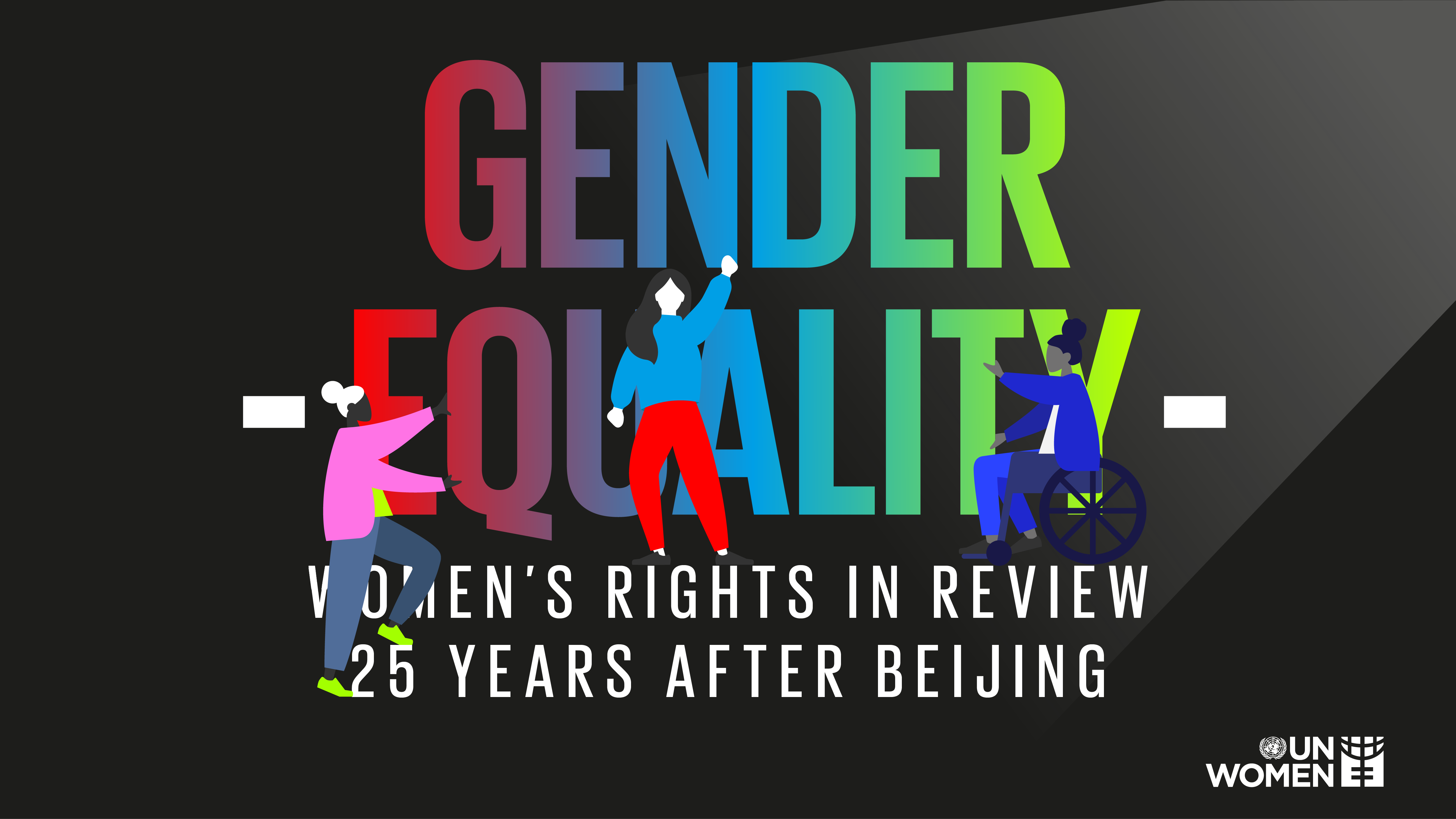 New global analysis of progress on women’s rights and gender equality shows that while there has been progress for women and girls since the adoption of the Beijing Platform in 1995, the promise of ‘equality, development and peace for all women everywhere’ remains far from realized.

UN Women’s latest report “Women’s Rights in Review 25 years since Beijing” provides a comprehensive assessment of advances in women’s rights over the past quarter of a century and finds that the world as a whole has not provided women and men, girls and boys an equal share of prosperity or opportunities. By and large, where there has been progress it has been unacceptably slow and insufficient to meet the goals set out in the 2030 Agenda for Sustainable Development.

Women’s economic independence is crucial to achieving gender equality. Yet, across the globe women’s access to decent work, pay and positions of power and influence remain elusive. Latest available data show that the gender gap in labour force participation among working-age adults is wide and virtually unchanged over the past 25 years, and it is expected to remain stagnant over the next decade. Almost all men aged 25 to 54 are engaged in the labour force (93%), whether working or looking for work; whereas women of the same age, who often juggle caring for dependents with providing financially for their families, have much lower participation rates (62%). When women are in the world of work, they are paid less (16% less on average) and occupy only a quarter of management positions across sectors.
In other areas, women’s underrepresentation also remains the norm: women’s share of parliamentary seats is much higher today – at 25%, as opposed to 11% in 1995 – but progress will remain slow-moving unless biases against women change in a big way. Globally, based on the latest available data, a large share of women and men (43 and 53%, respectively) still believe that men make better political leaders than women.
But the story is not all bad. In some key areas, including health and education, there has been positive change. More girls are in school than ever before and women today are less likely to die in childbirth. The global maternal mortality ratio is still too high (211 deaths per 100,000 live births) but it has fallen by 38% between 2000 and 2017.  Still, despite these advances, progress has been incremental and uneven, while women and girls, particularly from poor and rural areas often remain excluded.

At the same time, far from remaining complacent, women’s rights activists are rising up – as individuals and in organizations – and mobilizing for change on issues ranging from impunity on violence against women and girls to inaction on climate change. This report joins them in the call for action. Women cannot afford to wait another quarter century: they want generation equality and they want it now.

Previous StoryQ&A: Gender data to drive several firsts for Kenya this yearNext StoryCOVID-19 and gender: What do we know; what do we need to know?