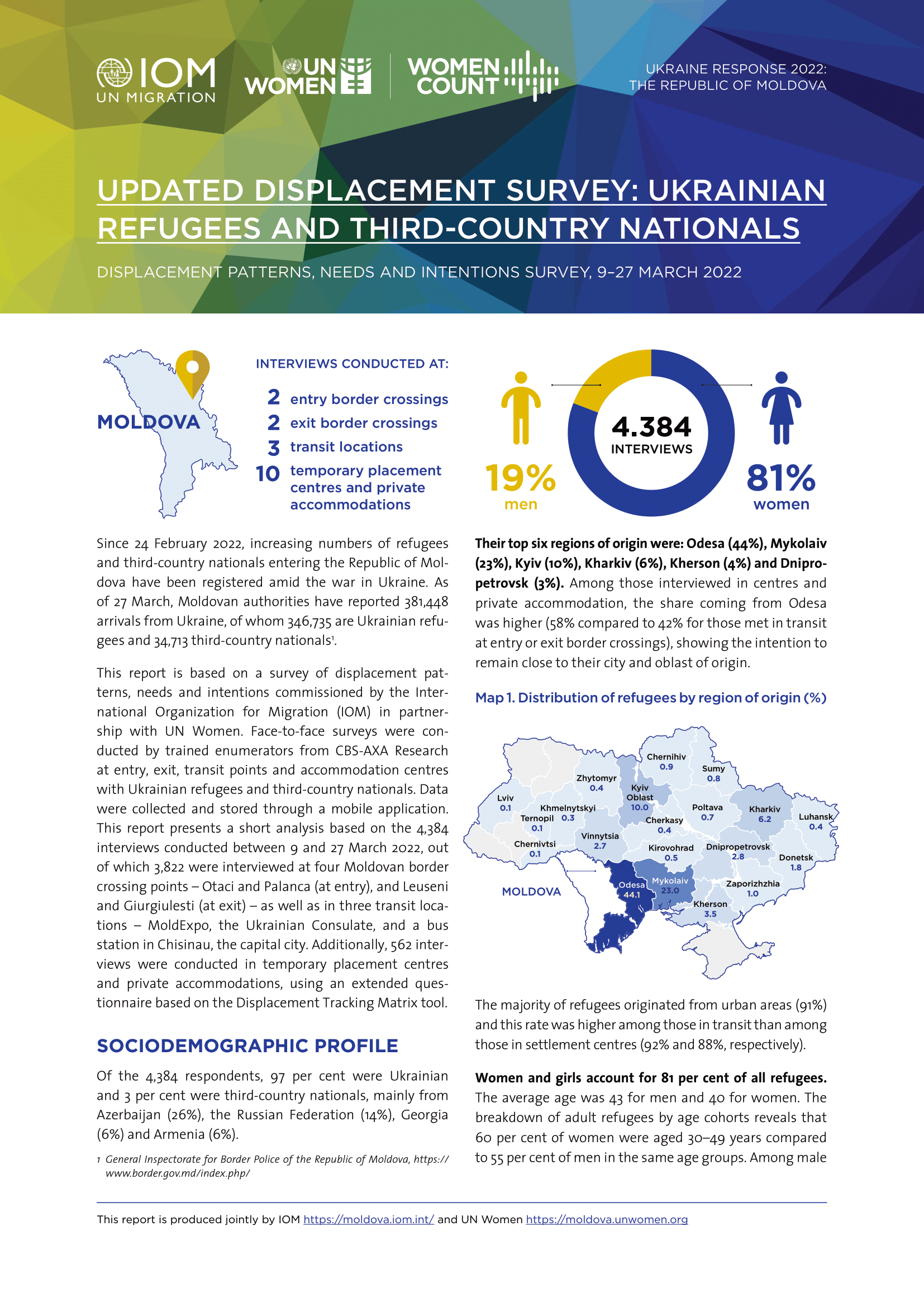 This report is based on a survey of displacement patterns, needs and intentions commissioned by the International Organization for Migration (IOM) in partnership with UN Women.

Face-to-face surveys were conducted by trained enumerators from CBS-AXA Research at entry, exit, transit points and accommodation centres with Ukrainian refugees and third-country nationals. Data were collected and stored through a mobile application.

This report presents a short analysis based on the 4,384 interviews conducted between 9 and 27 March 2022, out of which 3,822 were interviewed at four Moldovan border crossing points – Otaci and Palanca (at entry), and Leuseni and Giurgiulesti (at exit) – as well as in three transit locations– MoldExpo, the Ukrainian Consulate, and a bus station in Chisinau, the capital city. Additionally, 562 interviews were conducted in temporary placement centres and private accommodations, using an extended questionnaire based on the Displacement Tracking Matrix tool.

This report is an update of the earlier Displacement Survey.