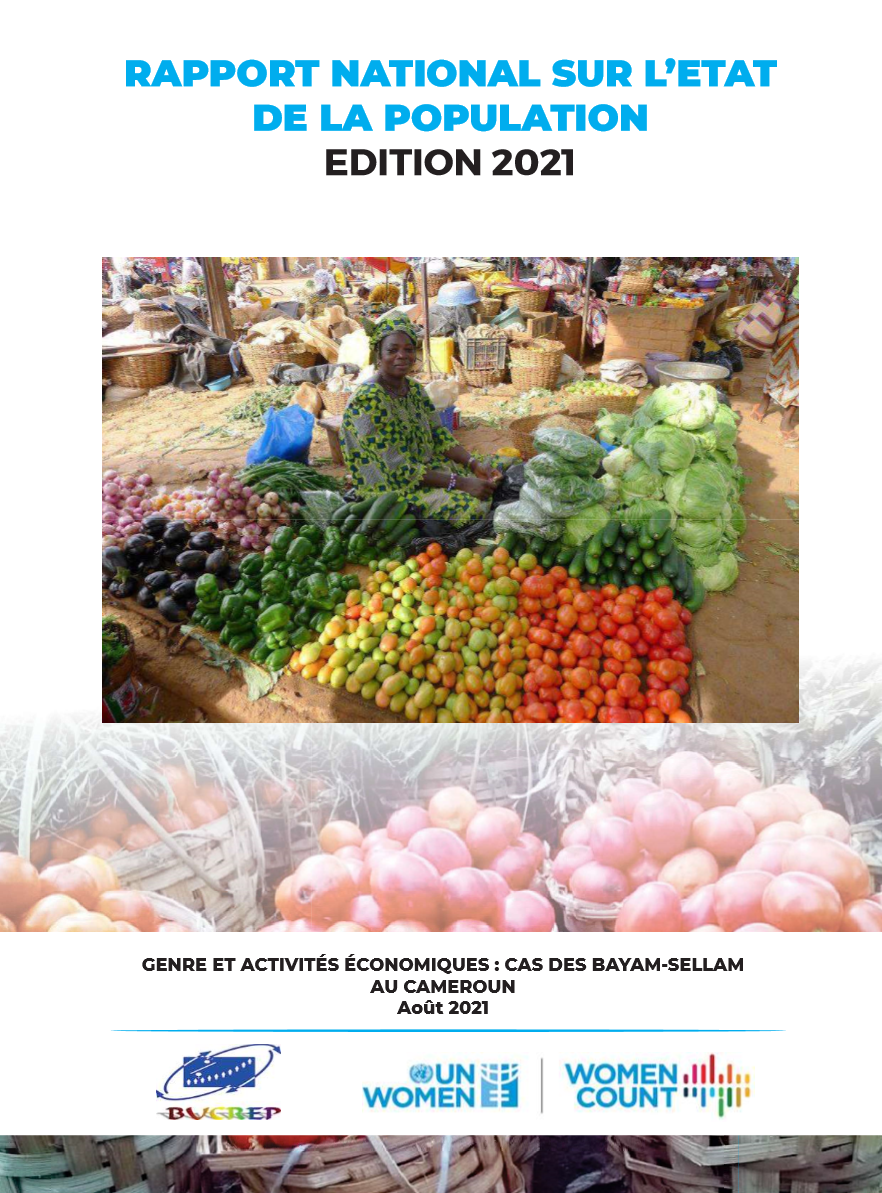 Bayam-sellam" is a popular expression in Cameroon that refers to a commercial activity in which actors buy food products and resell them in markets. The growth of these activities is linked not only to rapid urbanization and the precariousness of household living conditions, but also to the inability of many Cameroonians to find employment in the formal sector, especially with the advent of the economic crisis that began in the 1980s. This practice, which is done with modest financial capital, has become an important economic activity in the informal sector allowing many people to be self-employed, especially women with low levels of education. Also, the traditional role of women, which is to provide for the nutritional needs of the household, could also justify their active and massive involvement in this sector because of the difficulties they experience in obtaining employment in the labor market.

This study, which benefited from the technical and financial support of UN Women, is based on the results of a survey conducted in Cameroon on three target groups of the population. The first was the "Bayam-sellam" interviewed in several markets in the major cities (Yaoundé and Douala) and in secondary towns where this activity is expanding rapidly. The second group was made up of the heads of "Bayam-sellam" associations. The third group was made up of the staff of the town halls responsible for regulating this activity in the various markets sampled for the survey; the data collection was carried out throughout the country.

The general objective of this study is to obtain information on the weight and face of the Bayam-sellam activity in order to give the public authorities the possibility of organizing this sector in an optimal manner through appropriate development policies and programs.

Previous PublicationAssessing the Gendered Impacts of COVID-19 in Uzbekistan: What Data are Available?Next PublicationGender statistics in Vietnam 2020