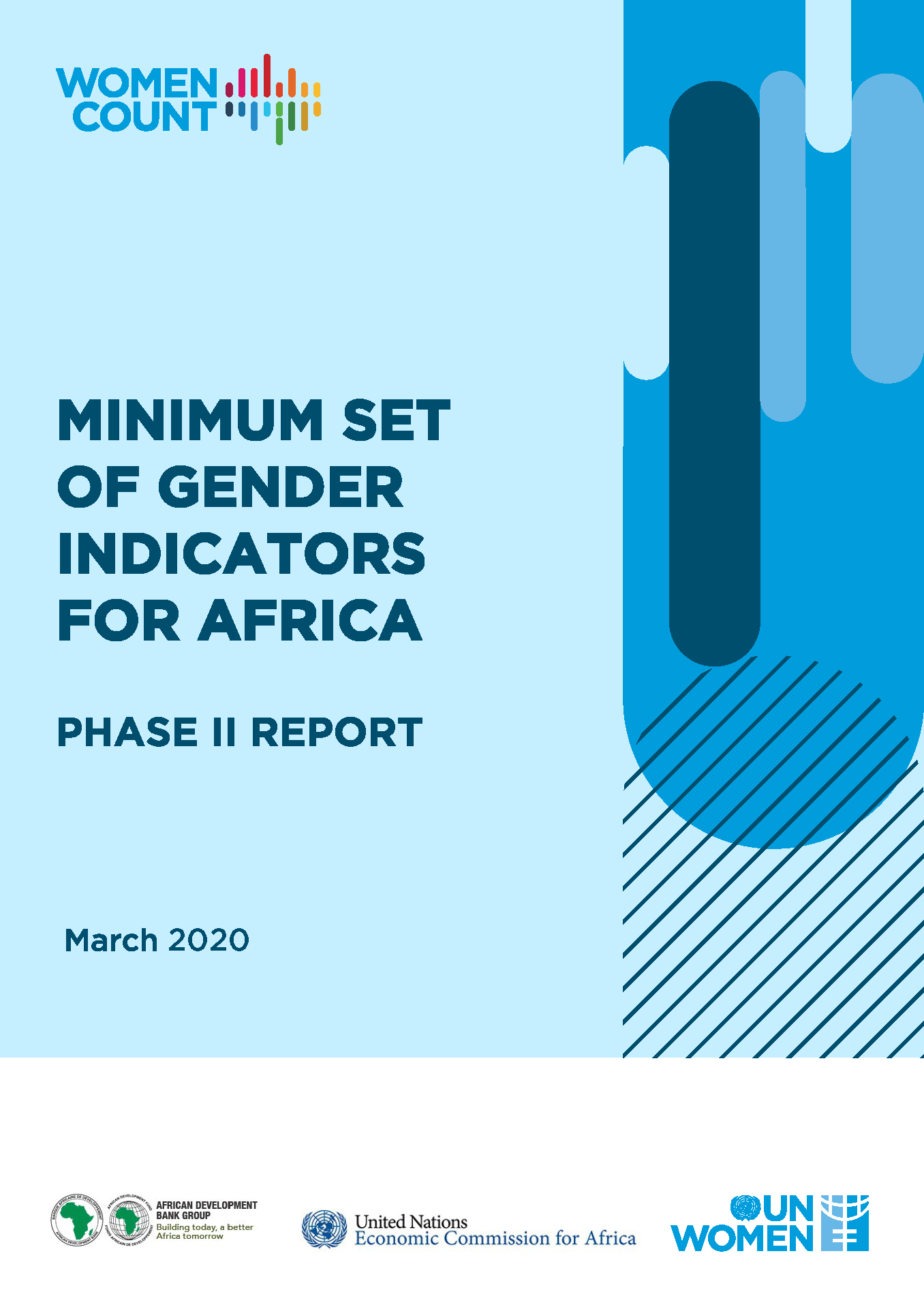 The purpose of the Global Minimum Set of Gender Indicators is to develop a common statistical measurement framework that could be used for the national production and international compilation of gender statistics and to track progress across countries and regions.

Establishing a Minimum Set of Gender Indicators relevant and tailored to the African region will not only fill the gaps in the Sustainable Development Agenda 2030 and Africa Agenda 2063, but could also serve as a guide for the development of national Gender Indicator frameworks and the national production and continental compilation of gender statistics. In additional to this it can also serve as a guideline for the harmonization of current regional and sub-regional initiatives that have indicator sets, such as for example the Africa Gender Barometer and the Africa Gender Index.

The Minimum Set of Gender Indicators for Africa (MSGIA) initiative is being executed by UN Women in partnership with ECA and AfDB. UN Women is leading and funding the project, whilst ECA and the AfDB provide technical support. This initiative is executed in four distinct phases:

This report summarises the findings of Phase II of this initiative. The deliberations at the AGDN workshop in Accra resulted in the adoption of six indicator domains. Five of these are the same as the Global Minimum Set of Gender Indicators. A domain on the environment and climate change was added as the sixth domain for Africa. A total of 53 indicators were selected for inclusion in the MSGIA.