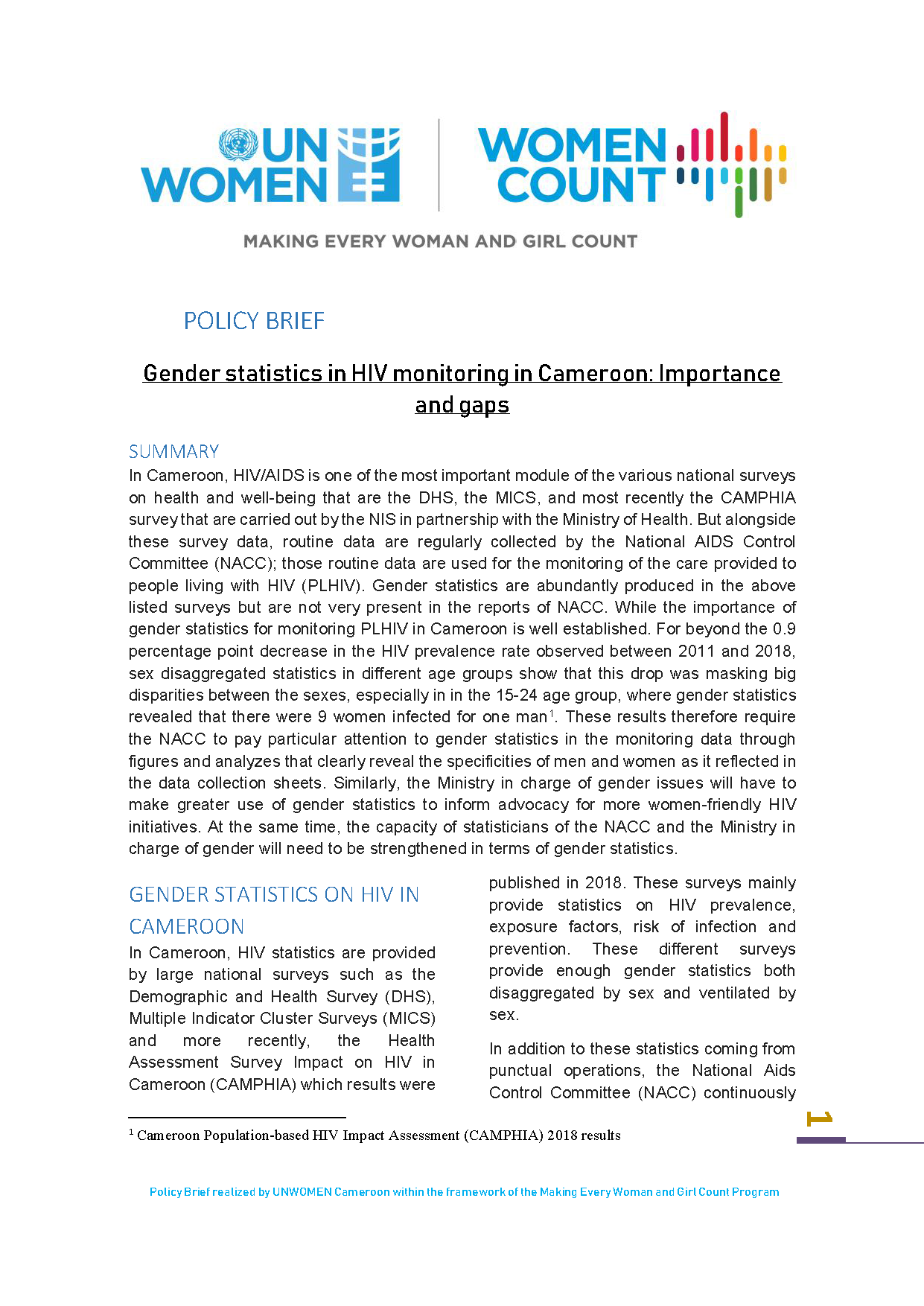 In Cameroon, the issue of HIV/AIDS is one of the most important modules in national surveys on health and well-being, including the DHS, the MICS, and most recently the CAMPHIA survey that are carried out by the NIS in partnership with the Ministry of Health.

But alongside these survey data, there are also other data regularly collected by the National AIDS Control Committee (NACC); these data are used for the monitoring of care provided to people living with HIV (PLHIV). Gender statistics are abundantly produced in the above listed surveys but are not very present in the reports of NACC, even though the importance of gender statistics for monitoring PLHIV in Cameroon is well established.

Beyond the 0.9 percentage point decrease in the HIV prevalence rate observed between 2011 and 2018, sex disaggregated statistics in different age groups show that this drop was masking big disparities between the sexes, especially in in the 15-24 age group, where gender statistics revealed that there were 9 women infected for one man.