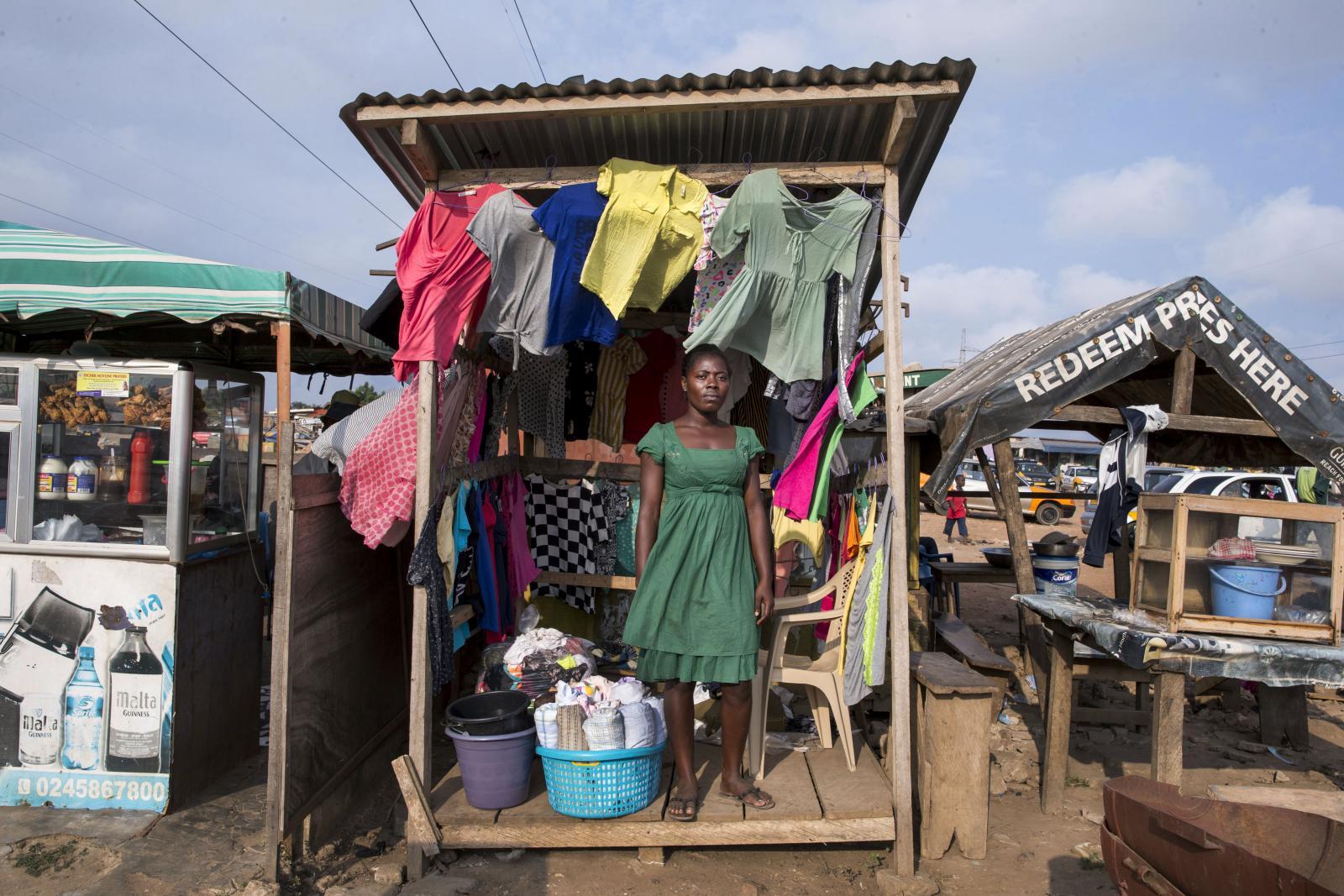 Many developing countries have responded to COVID-19 with travel restrictions, lockdowns and curfews to protect the health of citizens and fragile health systems. But with measures to support livelihoods lagging behind, women and the poor are hit hard. During the Ebola crisis, travel restrictions severely impacted the livelihoods of women traders in West Africa, and while men’s economic activity soon returned to pre-crisis levels, the effects on women’s economic security lasted much longer.

Even before COVID-19, women informal workers in low- and middle- income countries reported that childcare responsibilities limited their participation, productivity and earnings. Now, school closures have intensified their workloads and reduced earnings. Women workers in vulnerable employment have been the first to lose their incomes and will be among the last to recover. They may be less able to work as unpaid care demands increase and as public spaces become more unsafe. In India, for example, women farmers faced police harassment and violence as they tried to take their produce across state borders or between towns amid lockdowns.

The bulk of women’s employment is informal

Globally, women’s employment is overwhelmingly informal, with limited legal or social protection. In low-income countries, 92% of women work informally, compared to 87% of men. Contributing family workers, usually considered unpaid, account for 28.1% of women’s informal employment, compared to 8.7% for men. Many of these women do small-scale farming, making a vital contribution to food security. In urban areas, women are often overrepresented in informal market or street vending, home-based work and domestic service. Take Ghana, where in urban areas women make up over 80% of the 1.3 million market traders and street vendors, and 75% of the more than 870,000 home-based workers. In South Africa’s eight major metropolitan areas, three-quarters of private household workers are women – including domestic workers, gardeners and building maintenance staff.

Source: Women and men in the informal economy: A Statistical Picture

Informal workers by categories of employment and sex

Source: Women and men in the informal economy: A Statistical Picture

With the closure of public spaces, restrictions on social interaction, and the collapse of global supply chains and local distribution networks, many informal workers are locked out of their livelihoods. Without income replacement measures, they face the impossible choice between their families going hungry and breaking the rules to put food on the table, risking contagion or sanctions. Across Africa, the Middle East, Asia and Latin America, part-time domestic workers are being dismissed without compensation. A loss or decline in income can be devastating for women whose earnings and bargaining power are already lower than men’s.

Extending social protection to women in the informal economy is thus critical. Forty-eight countries are already providing cash transfers to informal workers. In Bolivia, Namibia and Thailand, new cash transfers target anyone who is unemployed and unregistered in social security or grant systems. Along with an increase in benefit levels – as in South Africa – such transfers can make a real difference for women, enabling them to look for work when the crisis subsides by decreasing financial and child-care constraints.

Ensure the rights and safety of essential informal workers

The services provided by informal workers are essential for societies under lockdown. However, they are not adequately compensated or supported to deal with increasing workloads, or additional health and safety risks. Live-in domestic workers in Southeast Asia and the Middle East report heavier workloads now that all family members are at home - but no additional pay. Informal market traders selling fresh produce have been declared essential workers in Ghana, Peru and South Africa but have limited access to protective gear, handwashing facilities and sanitizer. Such workers need protective equipment as well as income support as they take on higher risks.

Women in informal workers’ organizations are sharing information on virus prevention and how to access cash transfers and food rations. In India, community leaders from the Self-Employed Women’s Association are helping to arrange for food, health and hygiene kits to reach those most in need. HomeNet South Asia (HNSA), representing over 800,000 home-based workers, has called for economic recovery funds to go to all informal workers and support home-based workers’ cooperatives. Specific demands include interest-free loans as well as public investments in childcare, healthcare and social protection to allow home-based workers to get back to work. For those in global supply chains, HNSA is calling on brands and large corporations to extend minimum wage and social protections to home-based workers.

Women leaders in informal workers organizations are fighting hard to contain the damage of COVID-19. Let’s not forget that they are the experts on the reality and needs of the majority of workers around the globe. As policymakers turn their attention to economic recovery, they must hear their voices and respond to their demands.

Rachel Moussié is the Deputy Director of the Social Protection Programme at WIEGO. She contributes to WIEGO’s research, analysis and advocacy on social protection policies and leads the Childcare Initiative supporting informal workers’ access to quality childcare services. Prior to joining WIEGO, she contributed to programs on women’s economic rights, tax policy reform and development financing at ActionAid International.  Rachel holds a MSc in Development Management from the London School of Economics, and a BA from McGill University.

Silke Staab is a research specialist at UN Women. She has published widely on gender, care and social policy and co-authored several of the organization’s flagship reports. Before joining UN Women, Silke earned her PhD from the University of Manchester and worked as researcher for different UN agencies and non-governmental organizations, including the United Nations Research Institute for Social Development (UNRISD) and the Economic Commission for Latin America and the Caribbean (ECLAC).

Previous StoryUnpaid care and domestic work: we’re not all in the same boatNext StoryQ&A: What early data says about gendered impacts of COVID-19