Skip to main content
Back to Stories
Research highlight | Economic empowerment
Fallout of COVID-19: Working moms are being squeezed out of the labour force
Photo: UN Women/Pathumporn Thongking 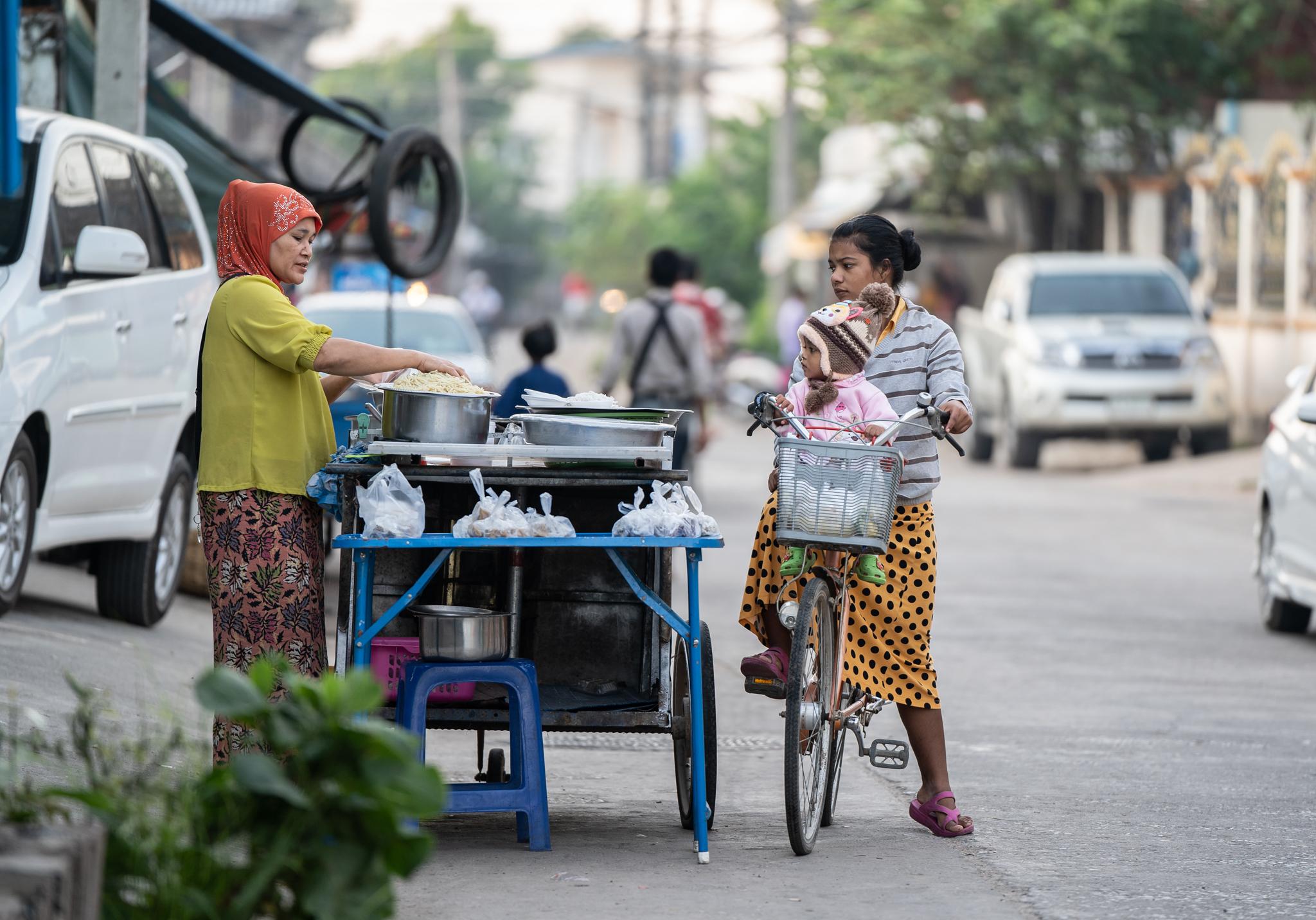 A workable balance is what parents are desperately trying to find in these uncertain times. Even in “normal” times, the balance between work and family has not been an easy one to achieve. The challenge is not new, especially for women. But the pandemic is shining a stadium size light to the problem, can it also shine light on the solution?

At the peak of pandemic-related lockdowns, 1.7 billion students were affected by school closures. Many have since returned, but often through remote/hybrid models that require at-home supervision. Globally, some 224 million students (over 1 in 10 learners) remain out of school due to ongoing closures. Besieged with these new demands, families are making tough decisions about who keeps their paid job and who quits to provide the unpaid care needed at home. In households around the world, it is predominantly women – often paid less and with less job security then men – who are sacrificing their careers.

The pandemic has hit women’s labour market opportunities hardest. According to data from 55 high- and middle-income countries, 29.4 million women aged 25+ lost their jobs between Q4 2019 and Q2 2020. Slightly fewer men lost theirs (29.2 million), but since far fewer women were in the workforce, women’s proportional loss is higher. At the end of Q2 2020, there were 1.7 times as many women as men outside the labour force in these same 55 countries. The same ratio was at 2.1 times in Latin America, a region hard-hit by the economic fallout of COVID-19 (Figure 1). The number of women outside the labour force in this region has climbed to 83 million (up from 66 before COVID-19), compared to 40 million (up from 26 before COVID-19) for men.

Why are women exiting the workforce?

Women’s labour force participation is shaped by domestic and caregiving responsibilities in ways that men’s is not. Women’s participation also varies sharply by marital status and the presence of children.  European Union data show absences from work were higher among women than men during the first wave, when schools and childcare centres closed or moved to remote/online formats.

In the United States, where four times as many women as men dropped out of the labour force in September, one in four women who lost their job during the pandemic said it was because of a lack of childcare – twice the rate among men. In the United Kingdom, women were also more likely than men to say their work-life balance was deteriorating (22%, compared to 16% of men).

Emerging evidence from Brazil, Chile, Costa Rica and Mexico shows that partnered women with children have experienced sharper pandemic-related drops in labour force participation than men – and these are most pronounced for women living with children under 6.

In response, many governments have sought to reduce additional unpaid care work burdens through special care-related allowances, by extending the duration of parental leave, or by improving access to childcare facilities for health workers. Furthermore, in many countries, employers are providing flexible work arrangements as they have learned that productivity has been maintained (or even improved), and working from home arrangements, in some cases, can support work-life balance. A number of countries have also adopted measures to contain losses in jobs and income, and many have, for the first time, expanded coverage to the self-employed, temporary workers and domestic workers, among whom women are overrepresented.

Women also make up the bulk of essential care-sector workers, including 70% of health-care workers. Yet despite their importance, countries have poorly prioritized investments in care sectors, leading to shortages of health workers and poor working conditions. The COVID-19 health emergency has exacerbated a global care crisis that risks undoing much of the progress achieved in reducing gender inequalities at work. Long-term commitments to avert current trends should consider scaling up efforts to ensure:

Only when care is put at the centre of social and economic policies will a better future of work for women and men with family responsibilities be possible.

Previous StoryChronically underfunded, women peace builders need support more than everNext StoryMeasures to address violence against women during the pandemic have been uneven and insufficient