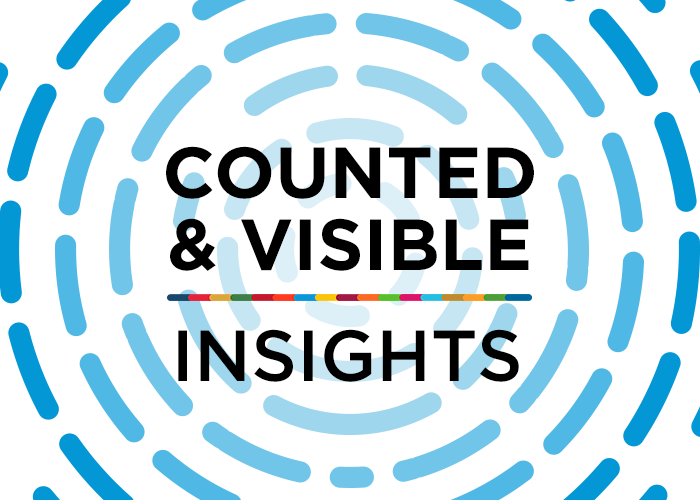 The 2030 Agenda and its Sustainable Development Goals (SDGs) broke new ground with their explicit commitment to protect human rights. Yet the relationship between human rights and the SDGs remains contentious and underdeveloped. Whereas the SDGs measure success through the improvement of collective welfare, human rights focus on the intrinsic value of each human being and on securing individual rights. These different strengths need to work together if we are to achieve the Agenda’s promise to empower all women and girls and leave no-one behind.

Achieving gender equality is at the centre of this project. For the SDGs to be truly transformative for women and girls, they must reflect a transformative understanding of gender equality – one that goes beyond seeking the same treatment for women as men. With that in mind, I have argued for a four-dimensional framework of substantive equality, requiring simultaneous attention to the need to: redress disadvantage (the redistributive dimension); address stereotyping, stigma, humiliation and violence (the recognition dimension); facilitate voice and agency (the participative dimension); and transform structures (the transformative dimension). The four-dimensional concept has recently been incorporated by the Committee on the Rights of Persons with Disabilities in its General Comment on equality and disabled persons. It casts particular light on intersectionality, where inequality is intensified but often invisible.

Monitoring through data collection helps illuminate the first dimension, the extent to which disadvantage is being redressed. But women’s poverty is not only about income poverty. It is also about gendered power relations, and in particular, women’s continuing primary role in unpaid care and domestic work. Attention must then also be paid to the second dimension: the stereotyping of women into both care-giving and sexualized roles, which fuel violence against women. Similarly, where women cannot participate in decision-making – nationally, locally or in the home – their inequality deepens. Hence the participative dimension. Since the imbalance of power is deeply embedded in the structures and institutions of society, it is unlikely that progress on the other three dimensions can be sustained without structural change (the fourth dimension). This is not just a list of factors. The interaction between these dimensions is crucial. Stereotyping women as primary carers deepens their economic disadvantage, significantly limiting their access to decent jobs and leaving many with no choice but to accept precarious and low-paid work. Structural barriers, such as privileging of full-time work, perpetuate both stereotyping and disadvantage. And without hearing women’s voices, change might not be real.

As well as the differences between men and women, substantive equality must address intersectionality: the differences between differently situated women. It is not sufficient for some women to enter the workforce on the same terms as men if women’s caring obligations are simply displaced onto other women, who are often from minority ethnic groups or poor women, and almost inevitably low-paid. Similarly, giving women voice is not sufficient to redress disadvantage if only elite women’s voices are heard. For women of ethnic minority groups, disabled women, LGBTI people, or others at these intersections, the experience of all four dimensions intensifies.

Let’s consider how bringing together the SDGs and human rights under a transformative gender equality lens could resolve one of the most pressing issues of intersectional disadvantage: adolescent pregnancy. Pregnancy and childbirth complications are the leading cause of death among 15–19-year-olds globally. Early pregnancy also has major detrimental effects on adolescent girls’ social and economic opportunities. Yet in all countries, adolescent pregnancies are more likely to occur in poor, marginalized communities lacking education and employment opportunities.

Redressing disadvantage, the first dimension, requires a focus not just on healthcare and access to safe abortion, but also on helping girls remain in school. Yet redressing disadvantage will only be effective if the second dimension is addressed: pregnant girls frequently face stigma and are excluded from school, while a major cause of unintended pregnancy is sexual violence. Effective solutions must also reflect how adolescent girls and boys perceive their situation, so their voices need to be heard (the third dimension). Behind this is a need for systemic change (the fourth dimension).

To achieve these four dimensions of equality, it is essential to align human rights – the rights to health, education, personal security and non-discrimination - with the SDG targets – reducing maternal mortality (3.1); universal access to contraception(3.7); that all boys and girls complete free equitable and quality primary and secondary education (4.1); universal access to reproductive rights (5.6); and  decent work for all women and men (8.5).

If the SDGs and human rights can work together under an intersectional approach to achieving transformative gender equality, the SDGs will become much more than a set of grandiose promises.

Sandra Fredman is the Rhodes Professor of the Laws of the British Commonwealth and the USA at the University of Oxford. She is a Fellow of the British Academy and became a Queen’s Council (honoris causa) in 2012. In 2012, she founded the Oxford Human Rights Hub, of which she is the director. She has published widely and has numerous peer reviewed publications in the fields of gender equality, labour law, and human rights.