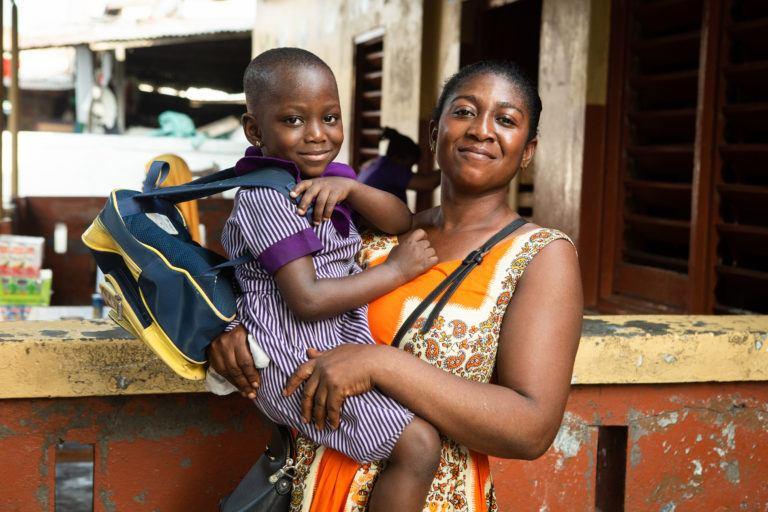 Few institutions have more social, economic and personal significance than the family. Families are fundamental building blocks of our world. They are places where people share resources, care for one another and raise the next generation. Families often play a central role in our sense of belonging and identity.

But as feminists have long argued, families are an ambivalent space for women and girls. While in the best-case scenario, we receive love and care through our intimate family relationships, families can also be places of violence and discrimination. As well as the all-too common threat of intimate partner violence, practices such as child marriage and unequal access to economic resources (such as inheritance and land) in families impose major restrictions on women’s rights. Based on these insights, UN Women’s report, Progress of the World’s Women 2019-2020: Families in a Changing World argues that families can be ‘make or break’ for women and girls.

We have seen some progress – and it’s important that we acknowledge and celebrate this. Although child marriage persists, women’s age of first marriage increased in every region, from a global average of 21.9 years around 1990 to 23.3 years around 2010. This is an indicator of women’s greater access to education and labour markets, which can put women in a stronger position to exercise agency and negotiate their family relationships. Education has also enabled more women to make informed choices about whether and when to have children, with greater access to modern contraception also playing a critical role. Global fertility rates are now almost half of what they were in the 1970s. From the early 1990s when only a handful of countries had laws against intimate partner violence, three quarters of countries have now recognized their responsibility to protect women and girls in the domestic sphere; meanwhile, although it remains the area of law most likely to contain discriminatory provisions, family laws, which govern matters like marriage, divorce, custody and inheritance, have gradually become more equal.

However, there is much further to go. To make more and faster progress, a comprehensive family-friendly policy agenda is needed, one which includes further legal reform, women-friendly public services, and social protection. Within the framework of universal human rights, the implementation of this agenda needs to be tailored not only to specific national and local contexts, but also, critically, to the realities of how families live today.

Policies are often based on an assumption that a particular family form – a couple with young children – predominates, but this is simply not born out by the evidence. In fact, there are many other family forms, that need to be recognized and supported. Progress presents a unique new dataset on household composition, now available on the Women Count Data Hub, to show that more than 60 per cent of households contain different configurations. Nearly a third (27 per cent) are extended families, which encompass other relatives (aunts, grandparents) and may include children. Couple only and one-person households are each 13 per cent of the total.

Around one in ten households is a lone parent family, the vast majority (84 percent) of them led by women. This translates to at least 101 million women in the world today, many of them in or barely out of adolescence, raising children on their own.  Available data (from middle- and high- income countries) suggests that lone parent households are about twice as likely to live in poverty than couple families. This means millions of children growing up in poverty. Contrary to some stereotypes, most lone mothers are in paid work (in high-income countries, close to 80 per cent of lone parents are involved in paid work); but they must shoulder the responsibility for all the earnings (often penalized by gender wage gaps), and all of the care work. So, what type of policy agenda might best respond to the realities of lone mothers?

Universal social protection and high-quality social protection are beneficial for all families, but are especially important for this group of women. They include first and foremost maternity and parental leave and benefits that are accessible to those in informal employment (which is the largest share of employment in many developing countries). Accessible and affordable childcare services, still sadly lacking in most countries are also critical. Family benefits need to be paid into the pockets of those who actually do the caring, and provide additional support for lone mothers, who may not be receiving adequate child support from non-resident fathers. Finally, universal pensions are needed, so that after a lifetime of raising the next generation and poorly paid employment, care-givers have the possibility of a dignified retirement.

These policies require significant investment but are affordable for most countries. Costing analysis commissioned by UN Women found that more than half of countries can implement a package of social protection policies and care services for less than 5 per cent of GDP. It is hard to overestimate the spin-off benefits of having healthy and thriving families for women and girls, but also their communities, societies and economies. Policymakers have an opportunity, indeed a responsibility, to ensure that families, in all their diversity, can be places of equality and justice for women and girls, and a springboard for them to achieve their potential in the world.

Laura Turquet is the manager and co-author of UN Women’s flagship report, Progress of the World’s Women. For the past decade, she has worked at UN Women leading major research reports that inform the organization’s advocacy objectives and empower civil society and governments to seek and implement change. She is a co-founder of the UN Feminist Network and previously worked at various NGOs.

This article was originally published on Deliver for Good.