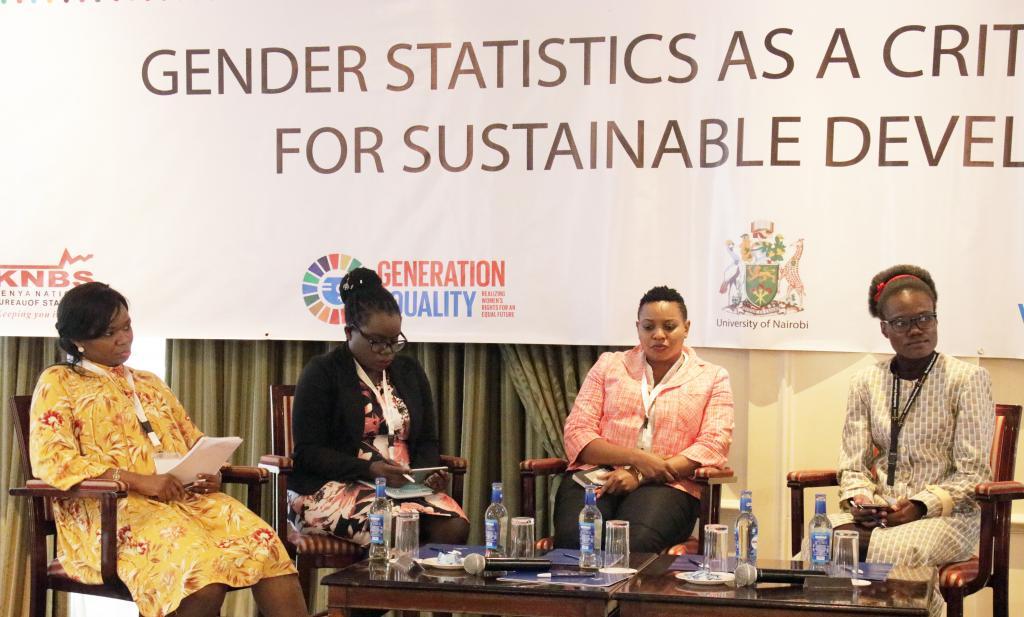 On the heels of a series of student research presentations at the International Conference for Population and Development (ICPD 25) Summit in Nairobi, Kenya has committed to strengthen its production of gender data. The commitments were announced at a dedicated side event on 14 November, entitled “Gender Statistics as a Critical Agenda for Sustainable Development”, which was hosted by UN Women, the University of Nairobi and Kenya’s National Bureau of Statistics (KNBS).

Aligning ICPD gender equality priorities with the Women Count programme’s emphasis on the need for quality gender statistics, KNBS committed to produce gender data that will inform policies to: ensure that all family planning needs are met, eradicate preventable maternal deaths and end sexual and gender-based violence against women and girls. KNBS said it will fast-track the finalization of the National Strategy for the Development of Statistics and ensure that it integrates gender statistics.

Moreover, after a presentation by University of Nairobi Master’s student and Women Count research grant recipient Nicole Wasuna, who examined media coverage of femicide, her findings on the lack of data prompted KNBS to further commit to capturing femicide-related data and incorporating it in national crime reports as well as in the Kenya Demographic and Health Survey.

The ICPD side event provided an opportunity for students grantees to showcase their data-driven analysis of some of Kenya’s most pressing gender equality issues. Their research identified gaps where data production and use could be improved, and the side event provided a platform for the student researchers to present their initial findings and get feedback from key stakeholders. Given that the KNBS announcement followed their presentations, the students’ research can be credited with contributing to several of those commitments.

The students also offered recommendations for the country’s policymakers. University of Nairobi student Racheal Njenga presented her research exploring sex education programmes in the school curriculum, explaining: “Although the Kenyan Government is committed to sexual and reproductive health education and has put structures in place, there are gaps – the current curriculum focuses on abstinence with little on HIV/AIDS education and family planning.” She further recommended that the Ministry of Education implement a National Adolescent Sexual and Reproductive Health Policy.

The student presentations were followed by a panel discussion with Anna Mutavati, UN Women Kenya Representative; Fatouma Sissoko, Statistician from the UN Economic Commission for Africa; and Zachary Mwangi, Director General of KNBS. Mwangi admitted that one of the major challenges Kenya faces is in communicating between those who produce and those who use data: “How do we tell our gender statistics story – who are we telling the story to?” He added that the Government of Kenya would actively work to create an enabling environment to make more and better gender data available and enhance the capacity of those who produce and use data.

The ICPD has provided a valuable platform for the students to share their findings directly with Kenya’s policymakers and other key stakeholders who have the potential to act on their recommendations.

For more information, read the story on the grant initiative.