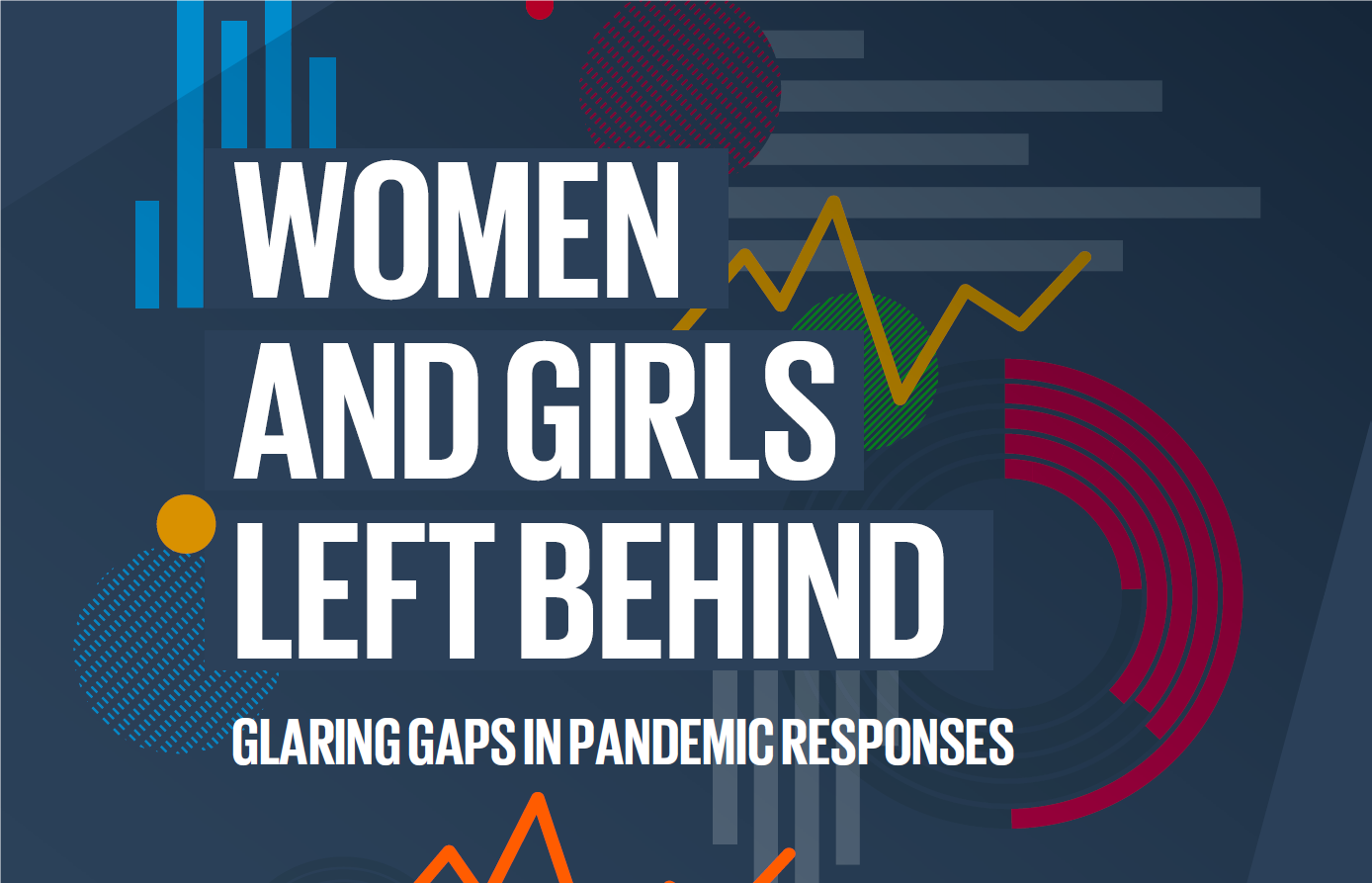 UN Women’s newest report reveals that women and girls have disproportionately suffered the socioeconomic impacts of COVID-19 – be it through lost jobs and reduced work hours, increased intensity of care and domestic work, and strains on their physical and mental health. And yet, the report also shows that women and girls are far less likely than men and boys to receive COVID-19 relief or social protection, from governments or NGOs.

Women and girls left behind: Glaring gaps in pandemic responses compiles and analyses the results of 45 Rapid Gender Assessment surveys (RGAs) on the socioeconomic impacts of COVID-19 produced by UN Women in partnership with national statistics offices, governmental entities and international partners. The RGAs include nearly 100,000 respondents across all regions surveyed from April 2020–March 2021.

Women were also more likely to report strained physical and mental health, with younger women most affected – 71% of women aged 18–24 experienced mental and/or emotional stress, compared to 59% of young men. Widowed women living with children were also more likely than men in the same situation to report strained mental and emotional well-being (72% versus 68%).

The RGA data also confirm that relief and social protection schemes have fallen short of their potential. Women were significantly less likely to report receiving pandemic-related cash relief from governments (10% of women versus 16% of men). Single women living with children were particularly left behind, being less than half as likely as single men living with children to receive cash relief (12% of women versus 25% of men). Women without children (whether single, widowed or partnered) were also less likely to receive cash relief (8% women versus 17% of men).

These findings are particularly surprising given the data about how younger women, single moms and partnered women with children have been hardest hit by COVID-19. This suggests that many governments and NGOs have not been effectively targeting relief policies to reach those in the greatest need, despite compelling age- and sex-disaggregated data clearly illustrating impacts.

At the same time, RGA data reveal that in countries that did design policies to address women’s economic security during the pandemic, women were 1.6 times as likely to report receiving government relief than in countries without such policies. This was calculated using data from the UNDP-UN Women Gender Response Tracker, and controlling for job loss and socioeconomic circumstances prior to the pandemic.

Conversely, in countries without measures addressing women’s economic security or unpaid care, women were 1.3 times as likely to report negative impacts on their emotional and mental well-being as in countries that invoked such policies.

Also, women who reported receiving relief were less likely to report increased mental and emotional strain by 11 percentage points over those who did not receive relief.

The report concludes that relief and social protection responses effectively targeted to the needs of women and girls play a key role in mitigating the pandemic’s disproportionate adverse impacts on women. For policymaking to be more gender-responsive, decision-makers must both invest in and pay attention to gender data. And to build back better, governments and NGOs need evidence-driven policies and responses that leave no one behind.

Previous ArticleWebinar: Using the Counted and Visible Toolkit to leave no one behind in Asia and the PacificNext ArticleUN Women at the UN Statistical Commission