Skip to main content
Back to Stories
Research highlight | Gender and COVID-19
Ipsos survey confirms that COVID-19 is intensifying women’s workload at home
Irinka Aliashvili, Media Communication Project Manager working from home - Georgia. Irinka Aliashvili is one of the many women working from home during COVID-19. She remarks on the expactations from women to be both perfect mothers and employees and underlines the gendered aspects of domestic work. Photo: Irinka Aliashvili. 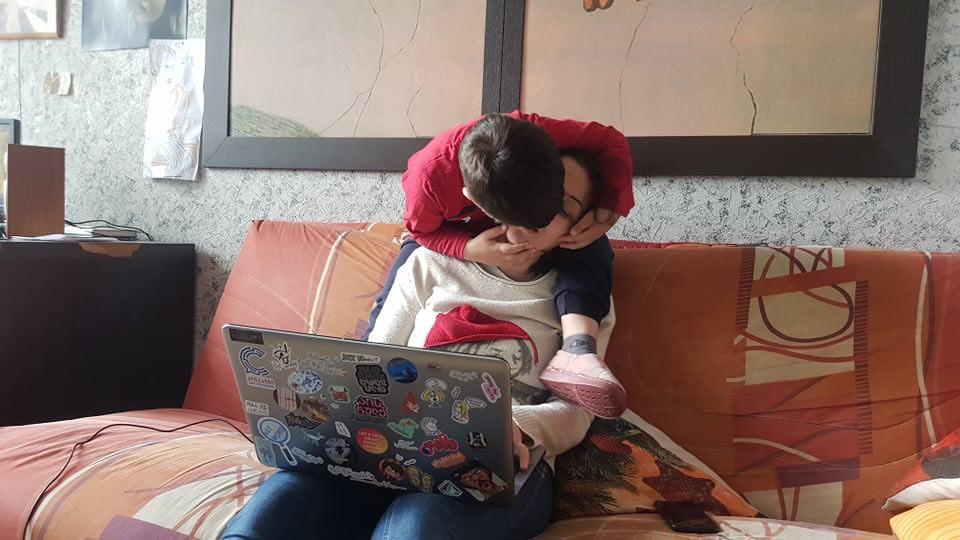 New data from 18 countries confirms what many had suspected all along: women are doing the bulk of the work needed to keep households running – often while juggling paid work.

COVID-19 prevention measures have forced millions if not billions of people to spend more time than ever at home. It’s a phenomenon being called the Great Pause. Sounds restful, even idyllic – only it’s not.

More bodies at home frequently means more people to feed and take care of, often without any additional help, increasing tensions and stretching resources in households around the globe. Meanwhile, with schools, daycares and extracurricular programmes closed, the need to homeschool or keep children occupied has added significantly to workloads in a way that most parents were not prepared for.

Before the pandemic, women were doing three times as much unpaid care and domestic work as men globally. With the onset of COVID-19, we predicted those inequalities would intensify but global data to support this claim was not available.

However, we now have compelling and robust evidence. In consultation with UN Women, and as part of ongoing research on COVID-19, Ipsos conducted an 18-country poll from 1–3 May 2020, which reveals that women are, indeed, taking on a lot more responsibility for household chores and care of children and family during the pandemic. Across the 18 countries, on average, women were 4% more likely than men to say they strongly agreed that their care load had increased during the pandemic. Mexico had the largest gender gap in responses, with 53% of women strongly agreeing with the statement, compared to only 41% of men.

Additional data collected by UN Women for six countries in the Asia region tells a similar story: unpaid care and domestic work has intensified during the pandemic, and women continue to do more.

However, the reality may be even more unequal. Previous research shows that women tend to underestimate the time and energy they allocate to caring for others, while men are inclined to overestimations. According to a New York Times poll, about 20% of men in the United States said they are fully or mostly responsible for unpaid care tasks during lockdown but only around 2% of women agreed with them!

Juggling a disproportionate amount of unpaid domestic work and care responsibilities in addition to paid work was already a challenge for women. Perhaps unsurprisingly then, self-reported data suggest that the pandemic is unequally affecting women and men’s mental well-being. The same Ipsos poll conducted only in the US found a 12-point difference between the number of women (35%) and men (23%) aged 35 to 54 that reported suffering anxiety due to COVID-19.

The squeeze is likely to be even more acute for women in developing countries, particularly those from rural or lower-income households who bear the majority of the burden of unpaid domestic work and care, from gathering water and firewood, to planting or harvesting crops, cooking, caring for children and the elderly and tending to the sick. These women tend to have little help or respite from unpaid care and domestic responsibilities, a situation likely to worsen as the pandemic drags on and/or intensifies.

Many women (and men) will look back at this time as one of the most challenging of their lifetime – as a time of Great Intensity rather than a Great Pause. The work they’ve been tasked to do has intensified, while the support they need to carry them through is lagging behind.

As such, the responses to COVID-19 must reflect the specific needs and new burdens that people, and particularly women, are facing. Responses must be transformative in nature, recognizing that women’s time and resources are finite. Women are providing the care that is sustaining our families, societies and communities. This work is essential and needs to be recognized, valued and most importantly supported through diverse measures, including policies such as expansive and inclusive social protection for unpaid caregivers and greater access to family and paid sick leave.

These challenging times also call for more data, evidence and knowledge about the differences in women and men’s time use and how the current intensity is affecting their well-being, including mental health. Building back better must include supporting and making visible the work that makes us whole – work that around the world is disproportionately done by women.

Kaitlin Love is an international development researcher and consultant with 10 years of experience leading projects across the globe. She focuses on applying rigorous qualitative and quantitative methodologies to emerging and fragile contexts, and is a subject-matter expertise in women's empowerment, sustainable development, and refugees/humanitarian aid.