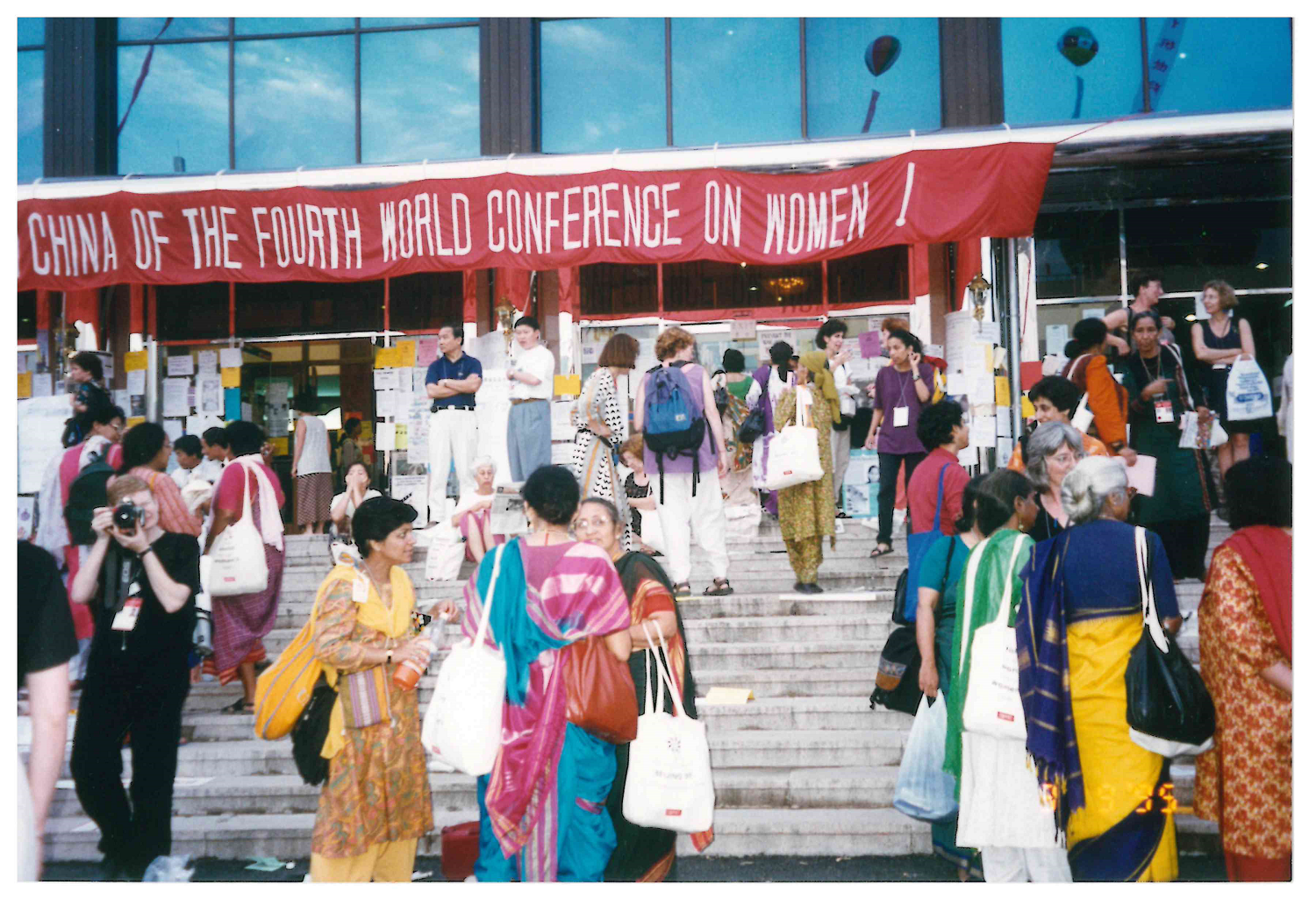 Twenty-five years ago, the Beijing Platform for Action (BPfA) unleashed a new progressive vision for achieving greater equality and opportunity for women. The BPfA called upon governments, donors, and civil society to invest in ending discrimination against women and girls and to intensify efforts aimed at eliminating barriers in health, nutrition, education, and other related domains that prevent women and girls from realising their full potential. Importantly, the BPfA recognised the need for measurement, as well as methodological work on indicator development, as a strategic objective. It called specifically for ‘producers and users of statistics in each country [to] regularly review the adequacy of the official statistical system and its coverage of gender issues, and prepare a plan for needed improvements, where necessary’ (United Nations (UN) 1995, 88, para 207(b)).

The BPfA also contained – albeit muted – references on the need to go beyond single-level disaggregation (by sex) and to disaggregate data by age, sex, and socioeconomic status. The need for data on the health of sub-groups of women, for example, featured prominently in this new global agenda for women’s rights, including as a means to better serve the interests of women from excluded and marginalised groups. Chapter Four of the BPfA acknowledged not only the need for greater investments in sex-disaggregated data, but also the need for ‘short- and long-term time-bound targets and measurable goals’ (ibid., 120, para 297). The document stopped short, however, of providing concrete guidance on what these time-bound targets and measurable goals should be.

However, the potential held in the BPfA for measuring progress on gender equality was not realised. Instead, the international community would eventually identify a set of time-bound goals, targets, and indicators for development, with the adoption of the Millennium Development Goals (MDGs). In the same year as Beijing, but in an entirely separate process, members of the Organisation for Economic Co-operation and Development’s (OECD) Development Assistance Committee (DAC) agreed to embark on a year-long process to reflect on the commitments coming out of the various UN-led global conferences from the previous decade. They aimed to translate these commitments into concrete time-bound targets.

While the UN Conferences on Women had significant inputs and engagement from women’s movements and civil society activists, the MDG process did not. In May 1996, DAC ministers issued a statement and introduced what would later be known as the International Development Targets (IDTs). These were the precursor to the MDGs which were intended to provide a development agenda and a framework for measuring progress against this, from 2000 to 2015. However, as feminists have highlighted (Kabeer 2005), the MDGs did not serve gender-transformative development agendas well. They were much narrower in scope, and a far cry from the 50 strategic objectives and 12 critical areas of concern outlined in the BPfA. Key areas such as violence against women, unpaid care and domestic work, and women and the environment were completely missing from the development priorities set out in 2000 with the Millennium Declaration.

Moreover, out of 60 indicators selected to measure progress on the MDGs, only 11 (18 per cent) were gender-specific indicators, meaning indicators that specifically targeted women and girls, explicitly calling for disaggregation by sex, or referring to gender equality as the underlying objective. Further, while the MDGs monitored global, regional, and country progress, inequalities within countries were not a prominent feature of the monitoring framework.

As the MDG era ended, a post-2015 process was formed which engaged and mobilised people globally through open consultations and dialogue. This process resulted in a new framework for development. The new framework reaffirmed international commitment to address global challenges, including those related to the goal of achieving gender equality and the empowerment of all women and girls (Razavi 2016). Thus, the 2030 Agenda for Sustainable Development, adopted 20 years after the BPfA, benefits from a much more participatory and inclusive approach than the MDGs.

Building on commitments and norms set out in the BPfA and earlier landmark frameworks, including the Convention on the Elimination of all Forms of Discrimination Against Women (CEDAW), the 2030 Agenda made advancing women’s rights a key tenet that cut across all other goals. According to paragraph 20 of the 2030 Agenda, ‘The achievement of full human potential and of sustainable development is not possible if one half of humanity continues to be denied its full human rights and opportunities’ (UN 2015a, para 20). The paragraph goes on to say that gender equality is central for the achievement of all the goals: ‘The systematic mainstreaming of a gender perspective in the implementation of the Agenda is crucial’ (ibid.).

This commitment to gender mainstreaming is very important. Mainstreaming was an agenda that began at Beijing (Jahan 1995). It became a common term in the years after Beijing, and has attracted much criticism for a perceived depoliticisation of the Beijing agenda (Milward et al. 2005). Yet in fact, it started out quite differently, as a call from feminist activists for states to adopt a new course of action on gender equality. It was related to feminist thinking on the international subordination of women that resulted in the formation of a new field of Gender and Development (GAD) activism and enquiry (Tinker 1990; Young et al. 1981). GAD – and gender mainstreaming – were conceived in response to the failure of the Women in Development (WID) strategies of the 1980s (Sweetman 2015). WID interventions had typically limited themselves to a focus on improving women’s rates of participation in employment, in the main, failing to either recognise their existing enormous economic contributions in unpaid and informal work, or respond to feminist calls to reject the existing development model which relied on unequal trading and other relations between the ‘First’ and ‘Third’ Worlds.

Gender mainstreaming in its early days challenged states at Beijing to integrate a gender analysis of roles and power relations into every aspect of government. It reflected a global feminist agenda based on race, gender, and class equality, and care for the planet (Sen and Grown;1987). While this ‘transformational’ form of gender mainstreaming did not take off – being replaced by a more politically conservative ‘integrationist’ form (Jahan 1995), we have another opportunity to fulfil the radical vision of Beijing at this milestone moment in 2020.

This article is written from our perspective as researchers and feminists who have worked for almost a decade on the topic of measurement of feminist progress and gender equality. In our estimation, the Sustainable Development Goals (SDGs) are the natural heir to Beijing, in their commitment to gender mainstreaming and their relatively strong analysis and attention to intersectionality (in the Leave No-One Behind agenda that we discuss later) and key issues of importance to feminists. But in addition, they have the additional advantage of having built-in means of measuring progress – which was missing from the BPfA.

Read the full article on Gender and Development.

This article was originally published in Gender and Development, Volume 28, Issue 2 | June 2020, edited by Lina Abou-Habib.

About the issue: 2020 marks the 25th anniversary of the UN Fourth World Conference on Women. Amid the COVID pandemic, feminist activists assess progress, analyse the setbacks and share new strategies to realise women's rights.