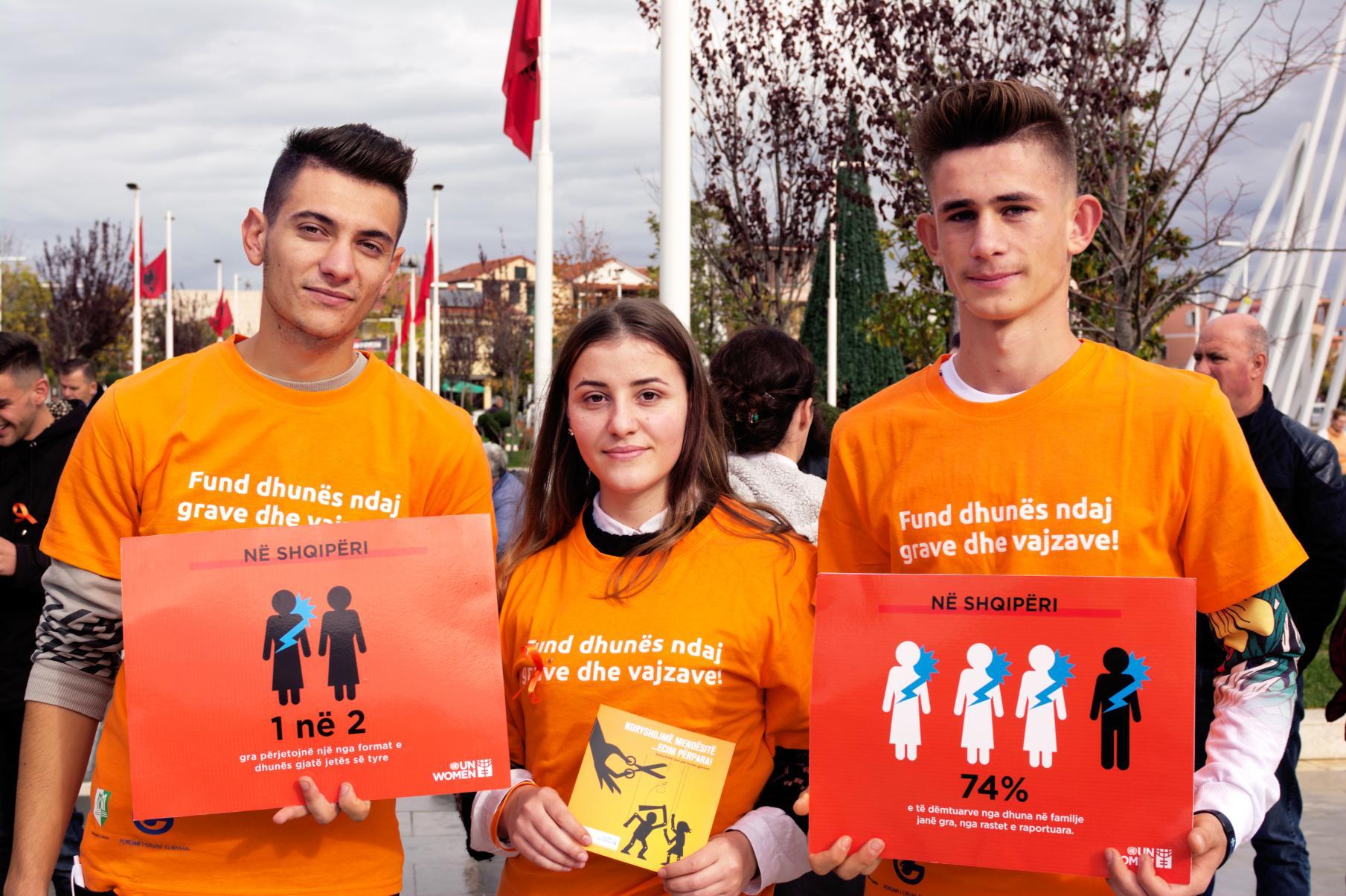 For Albania’s latest survey on violence against women and girls (VAWG), the National Institute of Statistics (INSTAT) took a markedly different approach: engaging with local governments, civil society organizations (CSOs) and relevant service-providers at every stage of the process – from survey design, through data collection and dissemination.

Although the 2018 survey was the third of its kind (with previous studies in 2007 and 2013), it was the first time INSTAT engaged in such open and wide consultations. For prior VAWG surveys, INSTAT had only consulted with technical experts and donors. And while INSTAT did some work with data users at the dissemination stage, this approach involved stakeholders right from inception.

The idea was that incorporating service-providers, local governments and CSOs in the survey design would increase their sense of ownership and interest in the resulting data, while catalysing its use for advocacy.

Under the Women Count Regional Project for Europe and Central Asia, UN Women funded1 the VAWG survey and advocated for dialogues between data users and producers, working closely with INSTAT, government and CSO partners to select participants.

“Compared to other UN agencies, UN Women has had a consistent relationship over time with INSTAT and this relationship and consistency contributed to this VAWG survey,” said UN Women Programme Specialist Estela Bulku.

Delina Ibrahimaj, former Director of INSTAT, says CSOs are in frequent contact with women survivors, so they know their psychology better, which helped staff formulate more pointed and accurate survey questions. INSTAT’s data analysis was similarly based on a better sense of users’ needs.

Engaging users and producers in designing the survey also led to new data being collected. As a result, ‘new’ types of violence were added to the survey, including dating violence, non-partner violence, child sexual abuse, sexual harassment and stalking. The study also measured the consequences of violence on women, social norms and perceptions of the seriousness of VAWG in Albania, as well as survivors’ efforts to address such violence and the importance of legislation.

Albania’s 2018 VAWG survey revealed that 52.9% of women had ‘ever’ experienced one or more of the five different types of violence. Of these survivors, 47% reported experiencing intimate partner domestic violence; 65.8% dating violence; 18.2% non-partner violence; 18.1% sexual harassment; and 12.6% stalking. In addition, 3.1% reported having been sexually abused as children, and 36.6% of women said they were ‘currently’ experiencing violence.

Women Count focused heavily on disseminating the data, through a launch event and two local dissemination workshops to explain the data’s implications for VAWG service-providers, including government ministries, municipalities, CSOs, police and ombudsmen. Participants were coached on how to understand and use the data.

“INSTAT does the production of statistics, but, not enough time or effort is devoted to the dissemination of statistics. The project provided real support to INSTAT in this regard,” says workshop facilitator, Ani Plaku, adding that local CSOs did not even know such data existed.

The local workshops raised awareness and helped overcome misunderstandings, as police, Ombudsmen and municipalities’ data on reported incidents of VAWG were very different from the survey’s findings.

“If they believe in the statistics, they will use these statistics; or else, it will remain just another study like many others,” explains Ibrahimaj. She says the collaboration with civil society and local governments improved the survey’s dissemination, while also engaging and inspiring local INSTAT staff.

In addition, Plaku noted that INSTAT’s sharing of the VAWG data with the Ombudsman’s office led it to start sharing administrative data with INSTAT and to begin disaggregating its administrative data on complaints by sex for the first time. INSTAT will publish these data for the first time in the next publication of its annual volume of statistics, entitled ‘Women and Men’.

The workshops also opened discussion between the police and local civil society on how and why they have different impressions of VAWG, as well as different data on specific cases. Through the survey data and their engagement with local CSOs, municipal police learned that the number of women that need support is much larger than those who report incidents. Activists hope that improved understanding of the incidence of VAWG will shift police approaches towards prevention.

Since the release of the 2018 VAWG survey in March 2019, CSOs have cited it in their advocacy for changes to policies, laws and programmes. Albania was finalizing a new framework defining standards of services provided by emergency municipal facilities for gender-based violence survivors and the survey data were expected to contribute to adapting the framework to better meet the needs of victims.

With their increased awareness, CSOs are better equipped to ask for additional changes to make Albania’s legal frameworks more inclusive of all forms of violence, not just domestic.

Subsequent amendments to the Criminal Code added psychological violence and dating violence as forms of gender-based violence, alongside increased prison sentences for perpetrators. Survey data were also instrumental in advocacy efforts to expand services available for victims of domestic violence to cover other forms of violence, and resulted in the establishment of the first rape crisis centre in Albania.

1 Albania’s VAWG survey was funded by UN Women, under its Women Count Regional Project for Europe and Central Asia, supported by the Government of Australia, with additional financing from UNDP and the Government of Sweden, under the UN Joint Programme on Ending Violence Against Women in Albania.

This article is based on a case study on bridging the gap between data production and use, highlighting the role of data users to influence how data is collected. The case study series documents promising results from the Women Count programme, to distill critical lessons learned that can be applied, disseminated, and replicated.